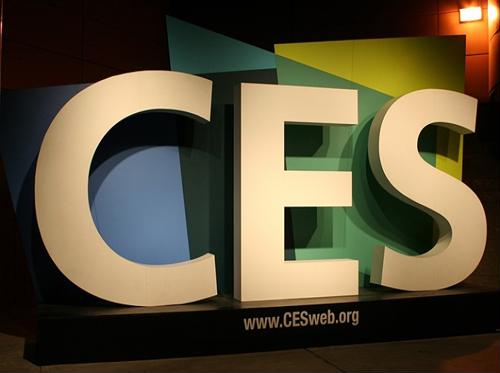 If you remember the considerable media hype that surrounded the initial launch of the Segway in late 2001, then you know just how wide the chasm between expectations and reality proved to be for the electric, self-balancing human transporter. The device that some speculated would "revolutionize human civilization" ended up as a novelty, and was used as cultural shorthand for dorkiness in everything from Weird Al's "White and Nerdy" music video to the Kevin James movie "Paul Blart: Mall Cop."

Yet over 17 years after its debut, and nearly four years after Segway was acquired by Chinese robotics and artificial intelligence technology firm Ninebot, the company has set its sights on a new ambition: owning the burgeoning future of the short distance transportation market.
Segway-Ninebot's new focus on "last mile solutions" will be on full display in Las Vegas, as the company debuts its autonomous delivery robot at this year's Consumer Electronics Show.

After promoting its $1,700 Segway Loomo hoverboard at last year's CES 2018, Segway-Ninebot is back this year with a new Loomo device designed not for personal transportation, but for autonomous delivery.

The Loomo Delivery robot being unveiled at this year's CES has been built by the company's Segway Robotics division to "provide a comprehensive autonomous delivery solution for office buildings, shopping malls, and other destinations," according to a press release from Segway-Ninebot. Imbued with AI technology, the autonomous vehicle is essentially a smart cabinet on wheels, with built-in drawers that can be used to carry take-out, parcels and goods over short distances, with the ability to navigate obstacles and crowded environments.

Segway-Ninebot sees the Loomo Delivery as its opportunity to "revolutionize" the short distance delivery industry, noting that delivery service is a multibillion-dollar industry in the United States alone.

Segway-Ninebot designed the autonomous Loomo to 'revolutionize the short distance delivery industry for take-outs, parcels, and goods.'
The company will also be debuting its next-generation shared scooter, Shared Scooter Model Max, Powered by Segway, at CES this week.

"As we continue to expand our portfolio of products, it's with an eye towards true innovation that will enable individuals to move around their cities in a greener, more efficient and time-saving way, while also providing businesses with solutions that help them deliver goods and services more speedily over short distances," said Luke Gao, CEO of Segway-Ninebot. "The debut of the Loomo Delivery and new scooter will offer brand new options within the realm of last mile transportation, as cities continue to become more and more populated."

At this time, it's unclear whether the Delivery Loomo could succeed in its goal of revolutionizing the delivery service industry, or whether it will fall as flat as the initial Segway human transporter did in the early part of the twenty-first century.

As of now, it's unknown whether any retailers or any of their logistics partners are evaluating the new Loomo's potential for package delivery. As Supply Chain Dive notes, there are similar autonomous products that are also being developed for short-distance delivery applications, including a driverless six-wheeled delivery device from Starship Technologies and a walking two-legged robot named "Cassie" designed by Agility Robotics.

While it's difficult to assess Segway-Ninebot's individual potential, perhaps the best way to interpret the Loomo Delivery's debut is as a sign of the increasing inevitability of autonomous technology as a whole coming to dominate the delivery stage of the supply chain. Between delivery drones, self-driving vehicles and autonomous transporter devices, it seems that the last-mile delivery market is poised for some disruption from the world of AI.
Procurement News