A Major Milestone for Drone-Based Deliveries 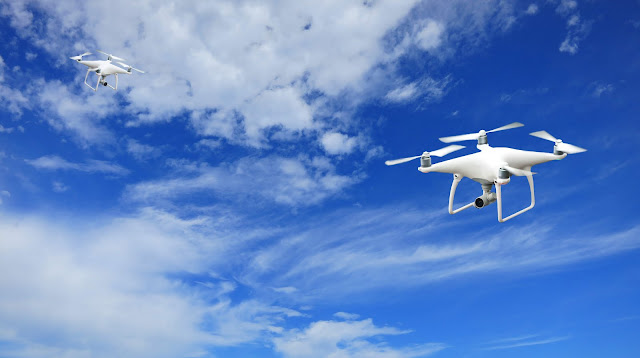 On its face, a two-year-old boy enjoying a Popsicle on a summer day hardly sounds like newsworthy stuff. Last week, however, Brianna Smith and her son took part in an experiment that represents nothing less than a historical milestone in the histories of aviation and logistics.

In May, the U.S. Department of Transportation and the Federal Aviation Administration (FAA) unveiled their Integration Pilot Program (IPP). The initiative pairs 10 government and tribal agencies with academic and technological institutions in order to conduct test flights and deliveries. In addition to answering questions regarding the technical viability of drone-based delivery, the program is intended to answer lingering questions regarding safety, privacy, and the public's perception of this technology.

When Ms. Smith and her son accepted a Popsicle from the Hummingbird V2's delivery tether, they helped bring the first experiment of its kind to a successful close. While FAA-approved tests have gone on behind closed doors since the IPP's inception, last week's delivery broke new ground in several respects.

While the roadblocks to wide-spread drone use are numerous, the FAA's so-called "line of sight rule" has generally proven the most restrictive. Mandating that drone operators keep their aircraft visible at all times, the regulation is intended to stymie any potential unsafe or unlawful applications. Typically, bypassing the rule means completing a "line of sight" waiver. The document requires drone operators to prove definitively and objectively that their drone will operate safely. According to PrecisionHawk, an FAA partner, less than 1% of applications are successful.

After a representative from Alphabet, Inc. placed an order, the company's Hummingbird V2 drone took flight. As it made the mile-long journey from a simulated ice cream shop to the Smith's Blacksburg home, it traveled well outside its operator's line of sight and passed over a congested suburban area. The pioneering flight was, to date, the most realistic public demonstration of what drone-based deliveries could look like.

The delivery was also notable for the variety of technologies it enabled Alphabet and the FAA to test. Alphabet's CEO James Ryan Burgess, remarked, "It's an exciting opportunity to build a whole ecosystem." Technologies related to guiding drones, tracking them, and ordering drone-based deliveries all made their debut during the experiment.

Following the delivery, sponsors for the program surveyed the Smith's neighbors to gauge their reactions. After conversing with around 40 homeowners, they found that responses were universally positive.

How did the package's young recipient respond? According to Bloomberg, the young man provided just one sentence of commentary, "Airplane brought me a Popsicle."
Logistics, Trending