The Most Stupidest Contract Clauses, Part I 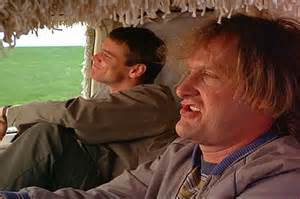 I have the opportunity to review contract terms and conditions for many of our customers, across all types of industries, goods, and services. Some of these are for existing agreements, and some are new contracts/supplier partnerships. Once in awhile I will come across a clause that really makes me cringe. Over the next few weeks I will review some of the worst clauses I see that show up in contracts over and over again.

One of the worst is the Most Favored Nations Clause. David Bush provides a good definition of this clause on the EC Sourcing Wiki. To quote David - "In the event of a price decline, or should you at any time, during the life of this agreement, sell the same materials or service, under similar quantity and delivery conditions, to ________, at prices below those stated herein, the agreement vendor will immediately extend such lower prices to ________."

David notes several problems with this clause in the wiki, including how do you effectively negotiate it, how do you enforce it, and what are you trying to accomplish when adding this language to a contract?

Most of the time I see this language in government contracts or contracts for extremely large companies/volumes, and all of the time the clause is added by the customer (not the supplier). Typically, the purchasing staff (or legal, or finance) has added this clause to make it appear they negotiated the absolute best rates in the market, and to ensure they never have to look at or think about the agreement again. “I sourced it, this supplier provided the best price, and he is guaranteeing I will always have the best price. I’m done!”

The first problem with this clause is that the language actually gives the supplier leverage not to lower margins with any customers, regardless of volumes or market conditions. A few weeks ago, I had a call with an MRO supplier that was quoting a 10% discount off of list pricing on an electrical bid (I won’t mention any names, but I am sure you can figure out who it was). I explained that most of our purchases weren’t repetitive, but that we can standardize on certain manufacturers that are willing to provide special pricing to the distributor based on our volumes. We asked the distributor to pass along some of that price relief to us. The supplier stated that because they have Most Favored Nations Clauses in other contracts, and those contracts provide for a 10% discount, he can’t exceed the discount for us, even on items where he is getting a much better price. I won’t go into details as to how this argument is invalidated based on the net pricing the supplier provided, but the supplier openly admitted they can’t be competitive due to contracts with other customers. So I get the same 10% for my $500K in spend with Cooper Bussman that company B might receive with $10K in spend.

Under a similar scenario, I envision a buyer going back to the supplier for price relief due to a declining market. I can already here the response, “Well, under the terms of our agreement, you are already getting our best price. We can’t go any lower than that!”

The second major flaw in this clause is that it does not necessarily prohibit a supplier providing a lower price to other buyers. I have a colleague that used to be in the software business. His company was awarded a large government contract where the bid was actually higher than their list price (as opposed to a discount off of list). The government purchaser required Most Favored Nations language in the final agreement, which would not have been possible given that they were charging over 100% more than they would for a typical customer. To get around this, the supplier created a new company that’s sole purpose was to be the executing party on this specific contract. The government contract would be signed under Company B, all other agreements would be signed under Company A. The customer gets the best pricing provided by Company B, but Company B also has no other customers. Say want you want about the ethics of the situation, suppliers will protect their margins. In this case, the supplier found a loophole and took advantage of it. If the buyer did some research, they would have realized pretty quickly how out of the ballpark the pricing was, but they chose to take the easy way out, and they paid for it. At least they slept easy at night.

As David notes in the Wiki, there are times when a Most Favored Nations Clause makes sense, but even when it is added, it is not an excuse to skip your homework. Always consider the market and the purpose before spending time negotiating this clause into an agreement.

In the first example, the supplier provided a broad range of general MRO items. Does the Most Favored Nations clause mean you are getting a better deal, or are you getting the same generic discount that everyone else gets? Does this clause give you a competitive advantage, or does it simply ensure that smaller customers will now get the same discounts that you receive?

In the second example, consider what the clause actually says. Are there loopholes? What pricing does this apply to – is it all products/services provided by the supplier, or just certain net prices and/or discounts provided in the addendums?

Lastly, if you are a very large customer or getting a custom deal you should ask yourself – why am I adding this clause? Markets are constantly changing - new suppliers are adding capacity/distribution/etc, raw material demands fluctuate, and industries are consolidating or breaking up. Markets should continuously be tested. Make sure when you add this clause that you are doing it for the right reasons, and not just to demonstrate what a great negotiator you are. If you don’t, you may end up eating your own clause.
Best Practices, Featured, Humor Rants Observations, MRO