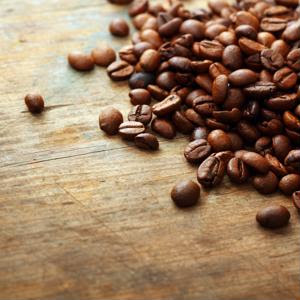 Employing a sustainable strategy necessitates a thorough assessment of the procurement process and assiduous scrutiny of supplier practices. Although effective, this approach puts pressure on an already complicated process.

Yet, companies are managing to scrutinize their partners one by one, figuring out whether or not they can adequately inform the public that their products are fairly traded, ethically grown or manufactured and transported with ecological considerations.

As can be expected, putting this approach into practice isn't simple. Business process outsourcing appears to be a viable option, especially for companies that want to employ ethical procurement strategies but often bite off more than they can chew.

Ceres and Sustainalytics conducted a 2014 survey of 613 publicly traded enterprises in the United States, discovering that more companies are developing standards for their suppliers to follow. Last year, 43 percent of businesses exercised such measures, compared to 2014's 58 percent ranking.

One of the ways in which corporations are getting a better hold over global sourcing is by issuing report cards. The study acknowledged the strategies of computer processor developer Intel, which grades its suppliers based on metrics created by the Global Reporting Initiative.

"Just as you would grade them on cost and quality, we grade them on sustainability," said Michael Jacobson, director of Intel's Corporate Responsibility Office, as quoted by the source. "Based on those gradings, it is going to impact their ability to do business with Intel."

For the CPU maker, this process is essential. If careful scrutiny of all supplier practices isn't employed, the minerals used to manufacture Intel's signature products could potentially be sourced from militaristic organizations that profit off the mining of essential minerals.

Keurig Green Mountain, a brand known for providing consumers with ethically grown coffee, has developed a solid method of promoting sustainability, SupplyChainBrain reported. By setting guidelines for its partners and contracting procurement services to conduct thorough reviews on a regular basis, it has been able to solidify its reputation as an environmentally and socially cognizant organization.

Keurig's Senior Director of Sustainability Monique Oxender also acknowledged that the suppliers themselves are required to validate their practices on a yearly basis. She acknowledged some of the goals the organization has in store for the future, aiming to:

Taking proactive measure to promote ethical strategic sourcing is a solid approach toward exercising sustainability. Employing the expertise of outside observers is also a good practice to consider.