Risk Assessment & Logistics Planning in the Face of a Crumbling Infrastructure 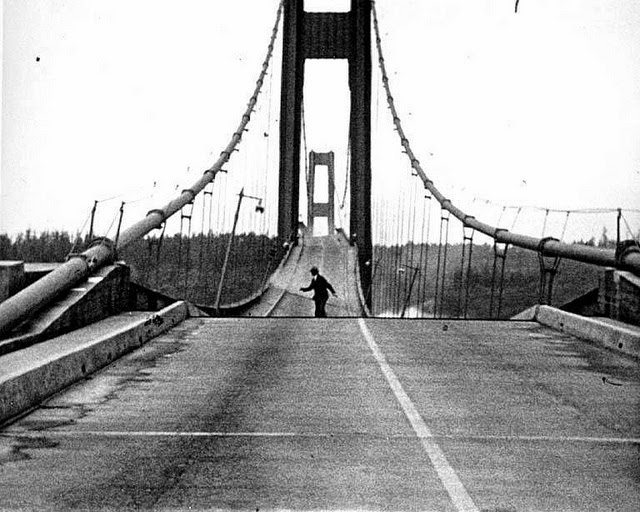 Interstate 495 in Delaware is effectively gone for the time being. A major bridge allowing travellers to bypass Wilmington as they go between Baltimore and Philadelphia is closed indefinitely, with the earliest predictions from engineers stating a portion of it may open around Labor Day. This bridge, used by 90,000 cars a day and having handled this level of traffic as late as last week, had begun to lift, separate, and tilt on its pillars. The resulting traffic disruption has snarled all methods of traffic in and around Wilmington, DE and completely overhauled the way products are shipped to and from and around the Philadelphia metropolitan area.

The cause of 495's troubles has, at least for now, been attributed to a contractor dumping more than 55,000 tons of dirt near the bridge, which offset the surrounding ground and shifted the pillars. But there are hundreds of roadways and bridges throughout the U.S. that are failing for any number of reasons. According to the ASCE, in 2012 - the most recent year for which figures are available - more than 66,000 bridges in the U.S. were considered structurally deficient, while another 84,000 bridges were considered functionally obsolete. Functionally obsolete bridges are those that do not meet modern standards, due to issues like narrow lanes or low load-carrying capacities. Structurally deficient bridges are those that require significant maintenance, rehabilitation, or replacement. Bridges that are structurally deficient are so deteriorated, they must be inspected annually. To put it in perspective, the structurally deficient bridges alone make up 1/3 of the total bridge decking areas in the U.S.

Just as logistics managers are planning around the 495 closure to ensure prompt delivery of their products, it's about time to analyze your shipping methods and verify that a contingency plan is in place if a major thoroughfare to or from one of your facilities or clients fails. The same report from ASCE pegs money lost from traffic delays and congestion at $101 billion, under present conditions. While this is a wild estimate - akin to the "$6.5 billion in productivity lost to Fantasy Football" headlines that pop up each year - there is money involved in missed delivery windows, wasted gas, and driver hours.

But there is a larger problem looming, and a larger impact to cost.

As the reports of these type road failures grow more ominous, public pressure is mounting to repair these bridges and roads. But as these mandates increase, tax dollars do not. Revenue from fuel surcharges has grown stagnant in the past five years as people are driving less, and moving towards more fuel-efficient vehicles or public transit. A recent AAA survey shows the vast number of drivers surveyed were OK with a small gas tax hike, if the money went to roads, but there are also usage, mileage, and congestion fees that are being proposed that will impact each driver, and each class of vehicles, differently.

Semi trucks, the most common form of shipping vehicle used right now, are far more damaging to roadways than cars. The average semi weighs 20 times more than a car, but each one inflicts as much wear and tear on a roadway as 9,600 cars, according to this GAO study. While taxes and fees will never directly correlate to the difference in wear and tear 9,600:1 - the resulting fees levied on trucks would be astronomical and the trucking lobbyists' heads would explode in unison - it's a safe bet to say that trucks will be charged more than cars across the board.

So a reaction might be to move away from truck shipping, and instead look to rail. The rail industry is booming lately due to cost efficiency and ecological benefits, but there are limitations to where railways can go. There are approximately 140,000 miles of networked rail in the U.S. compared to more than 4 million miles of networked roads. Railways are also schedule-reliant. These two facts alone severely limit - or at least will heavily alter - on-demand and just-in-time inventory systems that substitute inventory overhead in favor of prompt deliveries.

These changes put the squeeze firmly on trucking companies and logistics teams. Manufacturers and distributors can't afford to pay anymore, and the receiving companies - so often the drivers behind the on-demand inventory policies and the one's making the headlines concerning their net worth - simply won't. There is a critical need in logistics planning to account for the worst possible scenarios, and to effortlessly prepare without raising prices and, if anything, while cutting costs.

Source One can help, but if your company has a solid handle on things, how are you preparing for these challenges?