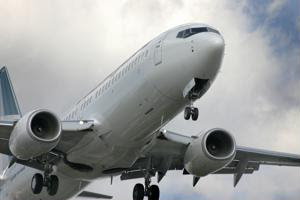 Focusing processes on making a car wheel is one thing, but constructing a fully-functional airplane is another. Aerospace manufacturers source from hundreds of other parts producers, causing many of them to turn to procurement services so that an accurate view of all in-coming materials can be achieved. A minor fault in a single fuel gasket created by an organization from Brazil can't be ignored, as its implementation could compromise the functionality of an entire machine.

Another factor aircraft manufacturers need to consider is the price of the commodities they purchase on a consistent basis. Allocating financial resources requires a comprehensive view of all transactions. This level of specificity has led many to invest in supplier relationship management tools that keep thorough, up-to-date finances.

Catering to a demanding customer base

Organizations that typically purchase aircraft, such as military and private airlines, can't afford to worry about maintenance issues. SupplyChainBrain contributor Robert Bowman noted public authorities in charge of procuring aerospace products often work on a tight budget, but still need to ensure that they're obtaining quality products that aren't going to need constant assessment and repair.

Thierry Tosi, vice president and general manager of air communications technology specialist Rockwell Collins, noted that many companies are updating older plans with parts that promote fuel-efficiency. Though this demand provides new opportunity for manufacturers to expand their influence over the market, the renovated machines need to be re-tested and re-approved by public authorities.

"'Used' means an aircraft has been flying but is in good shape, recertified to fly and tested by a qualified service center," informed Tosi, as quoted by Bowman.

Due to federal budget cuts and a sharp reduction in combat operations, defense organizations have significantly scaled back on purchasing new aircraft and related materials, taking away a significant portion of manufacturers' market base. In response, plane producers have made it a priority to achieve optimal corporate cost reduction and find a new customer base.

With this in mind, obtaining public grants never hurts. According to The Los Angeles Times, Southern California recently received a federal designation for aerospace and advanced manufacturing funding. The endeavor awards the region $1.3 billion in federal grants through the Investing in Manufacturing Communities Partnership Initiative. The money is expected to provide a good amount of support for aircraft producers struggling to survive under stricter budgets.

Marketing analysis should give aerospace technology developers a good sense of how to use this funding. For example, focusing on assembling parts as opposed to fully-assembled aircraft might be in their best interest.