Home Unlabelled What is the procurement process? How is it affected by violence?

What is the procurement process? How is it affected by violence? 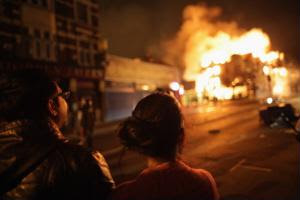 As many enterprises partake in global sourcing, the procurement process has become incredibly fragile. Hundreds of connections between just as many suppliers can be suspended due to a minor disruption in a single link within the distribution chain.

A slight misinterpretation of demand for particular goods will send a rift through supply, but what happens when violence surrounds a single material source? According to Manufacturing.net, despite what many critics would initially assume, Iraqi oil prices haven't increased as a direct result of the actions spearheaded by Al Qaeda splinter, the Islamic State of Iraq and Syria.

Abdullah Al-Badry, secretary general for the Organization of the Petroleum Exporting Countries, noted that Iraq's output has held steady at 95 percent. However, the price-per-barrel increased from $110 to $115 due to fears regarding the conflict taking place in Iraq's northern regions.

Although a shortage of petroleum hasn't occurred, it's important for enterprises to acknowledge what a price increase will mean for the consumers to whom they're ultimately delivering gas. IndustryWeek contributors Sunil Chopra and ManMohan Sodhi noted that it all comes down to how supplier relationship management tools are utilized.

The two writers acknowledged that when fuel costs rise, corporations should consider developing distribution operations that cater to specific regions. Decentralizing the procurement process to reduce transportation expenses is a good approach to take.

Prepare for the worst

Sodhi and Chopra acknowledged that many firms are apprehensive of reducing risk because they automatically assume that this tactic results in a dramatic drop in productivity and efficiency. The two experts asserted that assuming the likelihood of a disruption occurring is greater than what analysis would suggest is a good way to minimize risk.

Another option is lowering the concentration of resources. Pooling more assets than what's necessary can leave distribution more vulnerable to unanticipated occurrences. For example, Toyota lost billions of dollars in sales during its February 2010 recall.

Essentially, the car manufacturer sourced too much of a common automotive component from a single supplier. If it had procured the same type of item from multiple companies, the losses would have been a fraction of what they were.

Remaining cognizant of all market activities can help companies appropriately anticipate major disruptions such as the Iraqi conflict. Weighing the pros and cons of outsourcing to a business process specialist that accurately charts current events and their effect on the global economy is a good task for any enterprise leader to undertake.