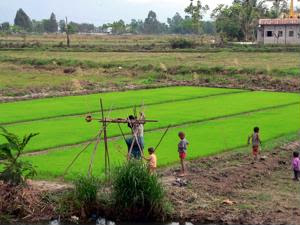 Companies throughout the world have utilized strategic sourcing services to exercise best practices, particularly when it comes to fair trade. Consumers are more cognizant now than they ever were of the hardships workers from around the world have faced.

Global sourcing is incredibly complex, involving millions of connections between enterprises large and small. It's best to imagine these relationships as a vast, intricate web of communications between organizations headquartered in separate parts of the globe. Therefore, figuring out which companies are exercising best practices is quite difficult to achieve.

The School of Oriental and African Studies, University of London, recently published the results of a four-year study, "Fairtrade, Employment and Poverty Reduction in Ethiopia and Uganda." The research consisted of interviews with freelance farm workers in the countries who made the lowest wages.

The endeavor discovered that even when fair trade premiums were given to farm owners - from small family-owned establishments to large plantations - their workers failed to receive any aid. Even benefits such as modern toilets were only designated for senior managers. In addition, money that was meant to be used to educate lower-tier employees' children was used to fund teacher housing projects.

In light of the aforementioned issues, it's evident that organizations attempting to employ fair trade need better oversight of ground-level operations. Getting farm owners and villages to allocate resources in an equitable manner is no easy task, but paying close attention to how funding is distributed can go a long way.

That's where procurement services comes into play. Vice News referenced a conundrum SOAS researchers discovered: A fair trade certification may enable a grower to move his cow out of his own living area, but he could also use the extra capital to hire child workers and pay incredibly low wages.

In this respect, business process outsourcing can help enterprises identify which farm owners are most likely to exercise best practices. It's hard for organizations to pay full attention to all supplier relationships, but an expert specializing in just such a field can solve the problem.

The fact that SOAS' study and commentary on the issue were published on the Internet just goes to show how easy it is for people to find information. A company connected to the research, or any other dissertation regarding poor fair trade practices, would likely be disregarded by consumers looking to support reputable enterprises.