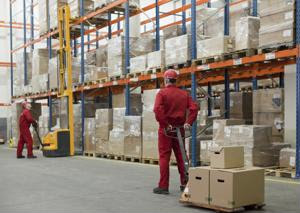 Even professionals who are new to the procurement process understand that sourcing goods from a single supplier isn't a good strategy to employ.

The Vietnamese protests: A learning experience

Strategic sourcing professionals have continuously pointed companies to Vietnam to procure furniture, electronics apparel and other goods. Thomas Russell, a contributor to Furniture Today, noted that the country has been an instrumental player in the household amenities industry. In 2013, the nation produced $2.2 billion in shipments, double the amount of Canadian exports in the same time period.

Recently, Vietnam's protests over the construction of a Chinese oil rig in the South China Sea disrupted the country's outflow of goods. Although factories were shut down for no more than a few days, companies with ties to manufacturing companies in Vietnam anticipate shipment delays lasting one to two weeks.

In a world that favors speed and efficiency, two weeks of postponed deliveries can have a profound effect on a company's bottom line. That's why many businesses are leveraging supplier relationship management applications and other assets to solidify relationships with companies operating in nations that are less prone to experience disruptions.

Russell noted that the disruptions sustained by enterprises doing business with Vietnamese producers have caused some to turn to Mexico. The Central American country witnessed an 11 percent increase in furniture shipments to the United States last year. Ultimately, consumers don't care about overseas conflicts when it comes to obtaining goods.

Despite the fact that trade relationships between the U.S. and Mexico have increased by 30 percent since 2010, Russell maintained that Mexico isn't going to take the No. 1 slot any time soon. Marketing analysis has shown its rise in the furniture industry will be hampered by the following:

However, the nation does offer an attractive alternative to procuring goods from overseas. In addition, U.S. raw materials such as oak, cherry and pine can be easily transported across the country's southern border.

Just-Style recently cited findings of the United States Fashion Industry Association, which surveyed multiple C-suite professionals working at leading apparel brands, as well as retailers and wholesalers that sell clothing products. While 89 percent of respondents expressed positivity regarding the next five years, 81 percent are concerned about rising costs, but only anticipate moderate price increases.

Survey participants also acknowledged the need to better manage distribution risks and remain competitive. Because production and sourcing expenses are anticipated to increase over the coming years, many apparel companies may turn to procurement services that can help them figure out where to solidify material acquisition operations.

Having a diverse portfolio

One of the ways fashion enterprises can combat disruption is by sourcing from multiple organizations. This doesn't necessarily include forming relationships with several manufacturers in China (as every one of them will likely be impacted by national issues), but instead relies upon developing connections with companies headquartered in different parts of the world.

Just-Style noted that 84 percent of USFIA respondents procure goods from Central America and the Caribbean Basin. In addition, 76.9 percent source in the U.S., but the majority of those entities are retailers (82 percent) as opposed to importers and wholesalers (55 percent).

Ultimately, diversifying a portfolio appears to be the safest bet for organizations with global sourcing concerns. Although one country may offer goods cheaper than the rest, a single nationwide event could result in significant consequences to the procurer's end of the bargain.