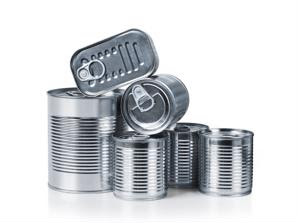 Companies that participate in the global distribution of goods are at constant risk of being criticized by the public for exercising poor practices and sourcing products from notorious organizations, along with a plethora of other factors. That's why some enterprises have hired procurement services to help them manage relationships with suppliers and possess a more comprehensive view of every connection.

Global sourcing is complex, with millions of illicit and legitimate enterprises partaking in the intricate web of supply the world has managed to orchestrate. Unfortunately, the influence of the criminal element can permeate into the legal realm, corrupting the reputations of hundreds of organizations that may not be fully aware of who they're doing business with. That is why many have weighed the pros and cons of outsourcing to companies with an unbiased view of sourcing procedures and help companies allay the concerns of federal regulators.

According to Lancaster Online, a provision of the Dodd-Frank financial reform law requires United States businesses to submit annual reports to the nation's Securities and Exchange Commission on whether conflict minerals - specifically those originating from the Democratic Republic of Congo and other war-torn African countries - have infiltrated their procurement processes. Ores that yield precious metals such as tungsten, tin, tantalum and gold, which are often referred to as 3TG, are often mined in those regions to fund relentless combat operations spearheaded by nefarious organizations.

Although conflict diamonds typically receive the most attention from popular media, the 3TG metals are found in many common devices used by people residing in developed areas. Building materials, cellphones, computers and other products typically contain at least one of the four minerals. The news source referenced findings from the SEC, which estimated that compliance with the Dodd-Frank law would cost U.S. companies $3 billion to $4 billion in the first year of the initiative.

Handling the auditing process in-house can be arduous, likely causing many businesses to hire marketing analysis experts to help them with the endeavor. Lancaster Online discovered that Lancaster, Pennsylvania-based Armstrong World Industries purchases products from its suppliers that have coatings containing tin. Because the organization doesn't buy the tin directly from smelters, the Dodd-Frank rule obligates it to evaluate its entire strategic sourcing process. Armstrong spokeswoman Jennifer Johnson said 191 of the enterprise's 1,550 suppliers needed to be surveyed.

"It is time-consuming, certainly," said Johnson, as quoted by the news source.

Hiring another party to expedite the auditing and reviewing procedure can help companies such as Armstrong allay federal concerns much faster. Scrutinizing every relationship a business forms with a particular global partner - one out of 1,550, for example - is incredibly difficult, requiring expert oversight from entities specializing in procurement management.

The SEC reports were due June 2, revealing some unsettling information regarding U.S. relations with foreign organizations. The Worcester Telegram noted that Southborough, Massachusetts-based electronic equipment firm Sevcon discovered it is unintentionally funding African nations where human rights abuses are occurring.

"After examining its product lines, Sevcon, Inc. determined that all products it manufactured or contracted to manufacture during calendar year 2013 contained conflict minerals and that these conflict minerals were necessary to the functionality or production of those products," noted the SEC filing, as quoted by the news source.

It's clear that the enterprise required more thorough supplier relationship management tools. After the audit was completed, the Worcester Telegram acknowledged that Sevcon could not conclusively prove that it does not use one of the 3TG metals from the African countries listed in the Dodd-Frank legislation. Such uncertainty can tarnish a company's reputation and possibly make it vulnerable to legal action.