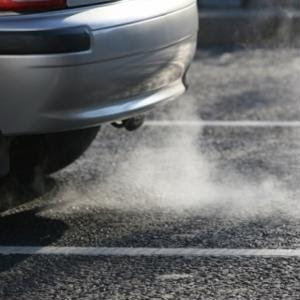 Global warming has authorities from different parts of the world implementing and updating greenhouse emission standards on a consistent basis. This proactive behavior has caused vehicle manufacturers to reassess their strategic sourcing practices, inspiring many to implement technology that can help their products scale back on emissions output.

According to Reuters, European Union legislators took considerable steps last month to push car and truck companies operating within the EU to implement more fuel-efficient engines. The automotive sector wasn't the only market to receive attention - the European Commission is looking to improve energy consumption across numerous industries.

Despite the EU's strict regulations on light vehicles, heavy-duty units have yet to receive such attention. European Climate Commissioner Connie Hedegaard noted that the organization will implement a plan to effectively monitor the greenhouse gas output of larger trucks by the beginning of next year. She maintained that the strategy would "save operators money and make the EU less dependent on imported oil."

On track, heavy-duties not in tandem

Although EU nations are on the right track to meet the organization's goal of reducing emissions from new cars to 95 grams of carbon dioxide per kilometer, greenhouse gas production rates of heavy-duty vehicles grew by 36 percent between 1990 and 2010. The Commission noted that HDVs account for nearly 25 percent of road transportation discharge.

The EU's plan to pay more attention to HDVs will likely influence manufacturers to procure new technology to build more fuel-efficient engines. Employing supplier relationships management tools to find companies from around the world that produce emissions-reducing units is a good start.

In contrast to current carbon dioxide extraction methods, the Paris team's process can occur under normal temperatures. One of the greatest benefits of polymerization is that it's cost-efficient and allows the gas to be reused.

The source noted that the technology has been patented, but it is not currently in use. Once the material is mass-produced, car manufacturers will be able to factor in the substance into their procurement strategies, making their vehicles more climate-friendly.