Home Unlabelled How procurement services can help companies with M&A

How procurement services can help companies with M&A 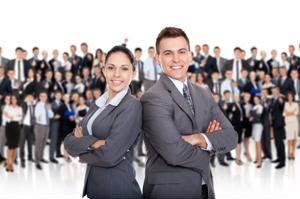 Although the capital exists, organizations sometimes lack the expertise or wherewithal to reach the goals they set for themselves. As a result, many look to either partner up with or buy a separate company.

A group of executives may be cognizant of what's needed to progress to the next level, but figuring out which of thousands of businesses to team up with may come as a challenge. Vendor resource management can provide such professionals with the insight necessary to parse through the often befuddling world of mergers and acquisitions.

Absorbing or partnering with another company will involve the cohesion of two separate sets of financial and physical logistics operations, as well as other assets. Michael Glessner and Alexander Tang, two senior-level professionals for Kalypso and contributors to Manufacturing.net, outlined a couple of the pain points procurement services will help corporations prepare for:

The two Kalypso executives noted that hiring separate professionals to coordinate the transaction and ensure that all future goals are met is a good idea. Having a disparate entity observe a merger or acquisition from the outside and scrutinize what plans need to be adjusted can keep the transaction equitable for participating parties.

There's a reason why two businesses choose to combine forces. Whether they're aiming for higher success or simply want to solidify their positions in the marketplace, it's important to create a design department to draft out a new business model.

Before any contracts are signed or assets are merged, it's imperative that enterprises exercise complete transparency. If any opacity exists on either end of the deal, then the drawing board needs to be consulted again.

A prime time for M&A

According to CNN, 2014 has already yielded M&As worth $786 billion in the United States, $297.8 billion more than all of the transactions that occurred last year.

The news source pointed toward low interest rates and large reserves of monetary resources on hand as catalysts for this activity. Businesses operating in the U.S. or interested in merging with U.S. enterprises should consider capitalizing on the environment while it remains favorable.