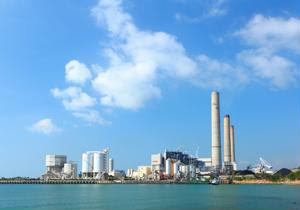 Strategic sourcing practices have proven a boon to energy companies in the past, enabling power plants to acquire state-of-the-art equipment that produces the most voltage out of raw materials. An environmentally cognizant American public and government has put pressure on this industry to reduce waste and emissions, as well as invest in green technology. Obtaining the assets necessary for making these expectations a reality sometimes requires the networking assistance offered by procurement services.

Manufacturing.net noted that recent regulations imposed by the U.S. Environmental Protection Agency would require coal-fired power plants in Kentucky to improve their carbon dioxide emissions rates by 10 percent over the next 15 years. Nearly 90 percent of the state's electricity is generated by these facilities, making Kentucky one of the most carbon-intensive entities in the United States.

Despite what many protestors have asserted, the government does not intend to retire coal-fired plants. In a separate endeavor, the Obama administration proposed revised mandates that would allow Kentucky to release more heat-trapping carbon dioxide per unit of power in 2030 than other plants in 34 states that currently abide by the same regulations.

Managed IT services can offer help to power companies looking for ways to abide by public measures, such as updating current equipment or implementing new technology. A healthy combination of data analysis, procurement costs and energy output will be leveraged to provide plants with the knowledge they need to make business-changing decisions.

The Daily Times reported that the Four Corners Power Plant in Farmington, New Mexico, may not be subjected to the EPA's tenuous laws because the facility resides on Navajo tribal land. Arizona Public Service, the primary owner of the center, was unable to announce how the EPA's goal would affect operations.

"The EPA does not plan to establish [carbon dioxide] emission goals for both Indian country and territories in the future," the rule states, as quoted by the news source. "The EPA plans to conduct additional outreach before setting these goals."

The overall intent of the EPA's proposed regulations is to lessen the U.S.'s overall carbon pollution rate from the electric power sector to 30 percent below 2005 levels by 2030. The nation's invigorated commitment to reducing greenhouse gases is sure to have a profound effect on critical infrastructure enterprises, which may use supplier relationship management tools to better oversee the acquisition of new materials.