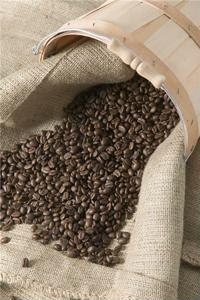 Food companies partaking in global sourcing recognize the risks of acquiring goods from even the most reputable farmers. Growers are becoming more familiar with agricultural best practices, finding ways to combat fungus, pests and other harmful factors that may hamper profits after a season of vigilant care and attention. However, nature has been known to intervene by throwing new challenges at farmers who may or may not be prepared to deal with certain elements.

For this reason, supermarket chains and other organizations participating in the food industry must be able to network with multiple growers when their primary sources sustain losses or damages. Many specializing in edible goods distribution are asking the question "What is e-procurement?" and discovering that electronic materials acquisition processes can provide them with a solid foundation in the event an agricultural disaster occurs.

For years, Guatemalan coffee growers have been able to avoid an airborne fungus notorious for devastating crops, but according to Oregon Live, farmers such as Hernan Argueta now have to cope with the disease. Appropriately named "coffee rust," the malady infected plantations in Guatemala's mountainous areas as a result of warmer temperatures in the highlands in 2012. Argueta acknowledged that his family went from gathering a dozen 100-pound sacks of coffee beans each month to five.

Although Argueta is taking measures to combat coffee rust, such as replacing existing trees with new ones, which are recognized for better resisting the fungus, he acknowledged that he had to seek out other lines of work in order to support himself and his dependents.

Coffee distributors looking to achieve corporate cost reduction and decrease the price of their signature goods on store shelves are finding it difficult to do so. Supply and Demand Chain Executive noted that the International Coffee Organization, which is based in London, discovered infection rates have drastically cut bean production in El Salvador (74 percent), Costa Rica (64 percent), Nicaragua (37 percent) and Honduras (25 percent).

The ICO's April report revealed that the average price for coffee encountered a two-year high at $1.70 per pound. As a result, food companies have been raising the prices of the highly coveted commodity on store shelves. New fungicides and a measure known as "stumping" - or pruning trees with infected vegetation - are being employed, but no long-lasting solution has been found.

As a result, new markets that have not been hit by coffee rust must be exploited. Electronic procurement services can be of much assistance to those facing this issue.