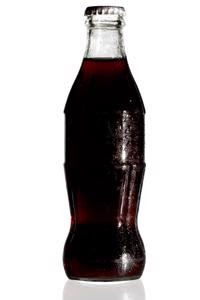 It's no surprise that some soft drink manufacturers haven't been doing well as of late. Though global consumers continue to purchase soda, those living in developed countries have become more cognizant of the health issues associated with ingesting such beverages. Negativity associated with the industry is forcing its participants to look for healthier ingredients by using supplier relationship management solutions.

According to IndustryWeek, Coca-Cola recently reported a dip in 2013 fourth-quarter profits due to lackluster sales, offering a 2014 outlook that wasn't so optimistic. The corporation claimed that weak economic conditions had stanched consumption, leading to an overall 3.6 percent decline in global revenues from October to December 2013. North American sales, which account for nearly 50 percent of revenues, declined 4.2 percent, primarily due to people's apprehension of drinks containing a high calorie count.

Currency fluctuation also contributed to Coca-Cola's decreasing revenues. At this time, it's likely that the beverage maker may consider reevaluating its procurement process to figure out where logistics costs can be trimmed down. Considerations for materials acquisition endeavors and manufacturing procedures may also help the organization promote sustainability - a move that would greatly improve the corporation's social profile. However, due to the contents of its signature name brand cola, it's probable that Coca-Cola may find more success selling low-calorie drinks.

Another factor that will likely put a damper on Coca-Cola and other beverages companies is an impending law introduced by California legislators. According to Bloomberg BNA, the bill, which was introduced in 2013, would charge a $0.01-per-ounce tax on sugar-sweetened drinks, generating nearly $1.8 billion in additional revenue. The measure would prove a boon to California taxpayers, who would benefit from health-related programs funded by the taxation.

The source noted that the California Senate passed a law requiring sugary beverages to carry a warning label informing shoppers that consuming drinks falling under the category can cause obesity, diabetes and tooth decay. In regard to taxation, state officials have claimed that the tactic will be used to promote physical well-being and reduce health care costs. Basic economics would suggest that the higher the price of a particular commodity, the less likely people will buy it.

Regardless of the measures employed by lawmakers, it's important for beverage producers to leverage strategic sourcing in an effort to figure out how their products can contain less harmful ingredients.