Global sourcing: Which countries, what products? 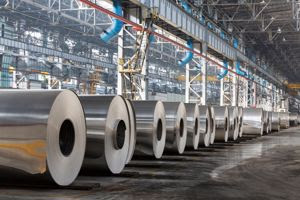 Manufacturing economies distributed throughout the globe are incredibly diverse, catering to different markets. Some countries are better equipped to supply certain goods to particular buyers while others try to hold a position by producing a wide variety of products.

For those in charge of procurement, strategic sourcing can help them figure out which companies produce the quality items at the most affordable rates. Factory processing isn't the only factor that's scrutinized. Transporting the goods and time-to-market must also be evaluated.

According to AllAfrica, a report by the United Nations Industrial Development Organization discovered that global manufacturing output increased by 5.1 percent in Q1 2014. Economically sound nations aren't the only entities that have witnessed positive growth. Productivity in emerging countries rose by 9.4 percent.

"Higher growth in the production of durable goods, such as household equipment, electronic goods and motor vehicles, indicated rising consumer confidence in long-term stability," asserted UNIDO, as quoted by the source.

As far as who is producing a lot of what, recent reports may befuddle those in charge of scrutinizing the procurement process. While UNIDO claimed that China's manufacturing activity increased 13.1 percent, IMPO contributor Tia Nowack maintained that the country is likely to face challenges in the industrial economy due to:

Yet, these factors shouldn't shadow the fact that China currently stands as the world's largest industrial player. PC World noted that the country's government recently outlined a plan to develop its chip manufacturing sector. Last year, China imported $231 billion worth of integrated circuits to build smartphones, PCs and other similar devices. Now, the nation wants to turn that number on its head.

"Speeding up development of the integrated circuit industry represents a fundamental requirement to improve the IT industry and will raise the nation's level of security," said China's Ministry of Industry and Information Technology, as quoted by PC World.

Nowack recognized that Germany has solidified its place as a signature component of high-value goods. Industrial equipment and automobiles are regarded as the country's primary products. European manufacturers have improved in general - Nowack referenced the Markit Eurozone Manufacturing PMI, a measurement of production activity, which has risen consistently over the past nine years.

Weighing the capabilities of European, Chinese and other producers can be confusing. However, hiring procurement services to establish connections between manufacturers' operations in different parts of the globe will lead a company toward growth.