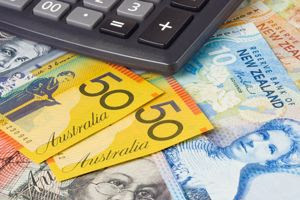 The Asia-Pacific (APAC) region's involvement in global sourcing has become much more prevalent over the past decade. Economic activity is burgeoning in the area, convincing many European, African and American enterprises to consider opening up trade agreements between numerous APAC countries. However, disparate government regulations, volatile social climates and inclement weather has caused some professionals to remain wary of investing in the region.

According to MarketWatch, discussions between United States diplomats and representatives from 11 APAC nations ended on a low note on May 27, with no conclusive decisions regarding the Trans-Pacific Partnership being finalized. Negotiators met in Singapore the day before, but neglected to set a timeline for the pact to be completed, with many participants citing differences between member states.

The TTP is a signature part of President Barack Obama's initiative to strengthen U.S. trade ties with Asia. The news source ascertained that the talks have been suspended due to two recent disagreements between Japan and the U.S. It is the latter country's hope that the TTP will eliminate certain tariffs, open agricultural trade, create robust intellectual property protections and set standards for state-owned industries.

"There's further work to do across the board, on market access and rules, and we're all committed to a very intensive work program to address those issues," said U.S. Trade Representative Michael Froman, as quoted by MarketWatch.

Some analysts, such as Manufacturing.net contributor Jonathan Wright, maintain that it's difficult to conceptualize an integrated, seamless distribution process when it comes to APAC practices. Some countries are more well-developed than others, forcing enterprises engaged in trade agreements with private entities within a few of the those nations to figure out how their strategic sourcing will be impacted.

Why has this region become so popular? Wright noted one of the primary reasons why other global market participants are exporting domestic products to APAC nations is a rising middle class within APAC regions. This means that more people are able to afford consumer products. In addition, manufacturers based in some of these companies are producing goods to sell to other APAC members or even to regions such as Africa or central Russia.

The problem is, transporting these items to other nations isn't so easy. Even if the distance traveled is a mere 40 kilometers, the political and business climate of the time may prohibit such interactions from occurring. In order to figure out how operations will be affected, it may be in the best interest of organizations to weigh the pros and cons of outsourcing to a e-procurement provider.