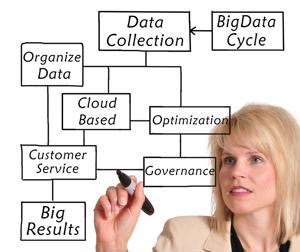 The U.S. manufacturing industry is expected to take a major hit over the next couple of years. Skilled labor is becoming more scarce as the years progress, leading some manufacturers to turn to either advanced automated technology or vendor resource management tools, which can help companies find temporary or long-term personnel to match specific job requirements.

The choice isn't necessarily black and white. While automation has been lauded for expediting workflow and eliminating minor inefficiencies, the machinery still needs to be maintained by people with expert knowledge of how it works. In response to this puzzle, managed IT services companies have advised manufacturers to use analytics tools, which can identify minor faults that are easily overlooked. However, this creates the need for employees who are especially computer-savvy.

According to the California Economic Summit, the Council for a Strong America released a report in early June that asserts California will face a deficit of 2 million trained workers over the next 10 years. It's estimated that about 50 percent of those personnel will require bachelor degrees in specific fields. The technical sector in particular is anticipated to take the strongest hit, primarily because young people aren't interested in IT, factory machinery or other similar jobs.

"We've been looking for a quality control inspector and quality engineer for three months," said Walker Corporation's Vice President and General Manger Michael Bermudez. "We need candidates who have good problem-solving skills and a basic understanding of how to provide leadership on the manufacturing floor."

IndustryWeek reported that an average 10,000 baby boomers turn 65 every day, many of whom are retiring from manufacturing jobs and leaving factories empty-handed. Those who are still working in the industry have struggled to adapt to vastly new production technology that may change the nature of their original positions in general.

For this reason, the Obama administration made an announcement in April that granted $500 million in funding to programs that encourage industry and community colleges to expand instruction programs geared toward younger U.S. constituents.

Vendor resource management tools could be leveraged to attract both high school and college students with technical proclivities. As far as manufacturing analytics goes, InformationWeek noted several universities - Columbia University, Louisiana State University and Bentley University - that offer Master's degrees in data scrutiny, providing those in the production economy the opportunity to reach out to prospective graduates.