Market research analyst shows remanufacturing to be a boon to companies 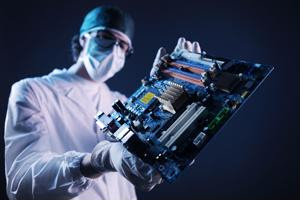 IT hardware manufacturers use an incredible amount of precious metals to create top-of-the-line products. From personal computers to data center servers, production can weigh heavily on consumers, as well as the environment.

As a result, many IT companies and other organizations participating in different industries are employing remanufacturing as a form of strategic sourcing. The practice reduces the cost of producing goods by using various components of old equipment to help assemble new machines. In addition, it allows companies to implement other sustainable initiatives.

Complexity is worth the payoff

For example, a computer manufacturer may recognize that computers built as long ago as 2003 have internal hard drives that can still be used in new machines. In order to capitalize on this opportunity, the enterprise may collect old, slightly damaged but salvageable PCs constructed after 2003, remove the hard drives in one facility and then send them for remanufacturing in the next.

In regard to electronics, creating more materials just to build upgrades can have a detrimental impact on the environment. Precious metals used to create motherboards, random access memory cards, central processing units, smartphones and other instruments aren't necessarily abundant.

Approximately 35 percent of APICS respondents claimed that remanufacturing is a critical method of adhering to sustainability requirements outlined by government officials. By alleviating pressure on suppliers obligated to provide raw materials to equipment producers, improved labor practices and reduced ecological shock can be realized.

According to Forbes, Dell recently introduced the OptiPlex 3030 All-in-One desktop, which possesses a case made out of at least 10 percent closed-loop, post-consumer recycled plastics. The computer maker supports a wide-reaching electronic waste aggregation initiative that collects tarnished, returned or outdated machines and remanufactures them to create cheaper products for consumers.

The source noted that Dell hopes to use 50 million pounds of recyclable materials - including plastics and IT hardware - to create its signature products by 2020.

Dell has a strong relationship with Wistron GreenTech, a division belonging to one of the PC developer's original design manufacturers. Wistron takes the collected computer parts from Dell customers, strips them down to their basic materials and funnels them into the fabricating process.