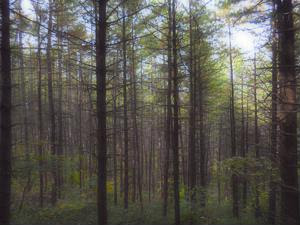 DNA testing is modernizing the procurement and tracking of imported timber, according to The Guardian. Timber wholesalers have started using a new technology that allows them to authenticate their wood supply sourced from sustainable forests and maintain operational excellence. In confirming the origin of wood bought from suppliers, this system of testing compares wood fibers and tree genetic code. Sydney-based Simmonds Lumber was the first company to use this technology created by Double Hexlix and Certisource. Simmonds Lumber benefited from using the Double Helix DNA tracking system to provide supplier imports tropical hardwood merbau from Indonesia were authentic.

"The trickiest thing about importing from Indonesia is ensuring that the paperwork is correct and not, as we say in Australia, bodged up," said John Simon, chief executive at Simmonds Lumber.

Through DNA identification, buyers will can accurately verify whether a shipment of wood is real. Valuable timber like merbau, found only in New Guinea, is worth the $2,500 a cubic meter on the market and is used for building homes and furniture.

A verification tracking system, can act as a "digital passport" for suppliers and buyers, Helveta chief executive Karim Peer said. Helveta, based in the United Kingdom, provides tools and technology for timber and asset management.

Since the forestry organizations such as Forest Stewardship Council or the Program for the Endorsement of Forest Certification do not actually practice verification of timber shipments, wholesalers must do it themselves.

After laws passed to curb illegal sourcing of timber, having DNA tracking available could mean avoiding fees and penalties.

"The impetus for organizations in Europe and the U.S. is that under the legislation, there are penalties that will be imposed if they don't comply," Peer said.

In a case study provided by Helveta on its website, local communities in Cameroon gathered data on their observations of illegal logging. This included recording bulldozer tracks and felled trees found beyond legal commercial logging boundaries. The data collected was uploaded to the Helveta database and could be accessed using a Web browser and Google Earth to view data points on maps. The technology helped Cameroonian communities protect their lands while improving forest monitoring.