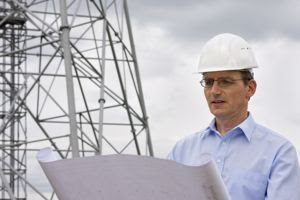 As part of the risk management process, companies are responsible for reducing the risk of bodily injury and other harmful effects to employee health. They can take steps to protect their workers' well-being through hands-on training and equipment safety checks as well as undergoing other risk assessment procedures. By accounting for all potential hazards that take place on the job, employers are able to curb the number of work-related injuries or deaths.

Overall workplace fatalities decreased 7 percent in 2012 compared to the previous year, according to The Wall Street Journal. Fatal injuries declined to 4,383 from the revised numbered of 4,693 in 2011. While employee deaths saw a decline, Labor Secretary Tom Perez called on companies to do more to protect their workers' safety, saying the increase in deaths in the construction and oil and gas sectors was unacceptable.

After declining for five straight years, construction deaths gained 5 percent in 2012, increasing to 775 from 738 in 2011, the Bureau of Labor Statistics said for the Census of Fatal Occupational Injuries.

The oil and gas industry had a huge increase in fatalities, rising 23 percent to 138 - its highest level since the data report for fatal injuries began in 2003, according to Environment and Energy publishing.

Employers must take job hazards seriously and live up to their legal and moral obligation to send their workers home safe every single day," Labor Secretary Thomas Perez said. "The Labor Department is committed to preventing these needless deaths, and we will continue to engage with employers to make sure that these fatality numbers go down further."

Perez said employers should try to maintain the safety of their workers every day. The Occupational Safety and Health Administration is taking steps toward curbing falls in construction through educating workers as well as starting partnering up with onshore oil and gas production companies for a day of safety training and onsite inspection.

Broken down by region, 32 states reported decreases in workplace fatalities compared to 2011, sixteen states and the District of Columbia said they had higher occurrences of onsite fatal injuries while two states stated their numbers remained the same.

The industry's fast pace in growth and production could be the reason for the 23 percent increase in workplace fatalities, spokeswoman for the Independent Petroleum Association of America Julia Bell said.

"When industries expand rapidly, there are, tragically, incidents that also occur," Bell said.