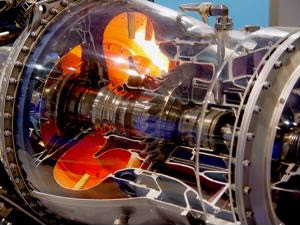 Despite the growing global competition, the U.S. trade deficit of manufactured goods decreased during the first half of 2013, showing domestic manufacturing could be on the mend, according to The Wall Street Journal. While offshore manufacturing powerhouses like China and South Korea have contributed to the U.S deficit in the past, signs of rising exports and "reshoring" production are instilling hope in the industry, Boston Consulting Group suggested.

The manufactured goods trade deficit declined by $2 billion in the first half of the year to $225 billion compared to $227 billion in 2012, data from the Manufacturers Alliance for Productivity and Innovation indicated.

"This is a fundamental economic shift," said Harold Sirkin, a senior partner at BCG, to the WSJ. "The trends are going faster than we thought. As much as people say we don't make anything anymore, it's just not true."

BCG predicts that manufacturing will experience a spike in exports due to energy costs decreasing and labor costs remaining relatively the same. Innovative fracking technologies have allowed for a surge in domestic oil and gas production that contributed to the decline in the overall trade deficit.

Imports of oil resources decreased to their lowest figures in more than two years, according The Associated Press. With the potential for more jobs to return to home soil, the unemployment could decrease from its current rate of 7.4 percent to BCG's projected rate of 5.4 percent or even 4.4 percent.

In June, the trade deficit decreased to its lowest level since October 2009, The AP reported. Imports shrank 2.5 percent to $225.4 billion while exports increased. With U.S. manufacturers increasing shipments of aircraft parts, telecommunications equipment and heavy machinery, exports grew to $191.2 billion in June - an increase of 2.2 percent.

"A smaller trade deficit lifts growth because it means consumers and businesses are spending less on foreign goods than companies are taking in from overseas sales," The AP report said. "The steep decline in the June deficit could lead the government to revise its growth estimate for the April-June quarter a little higher."