How to Avoid Billing Errors and Headaches from Telecom MAC-Ds 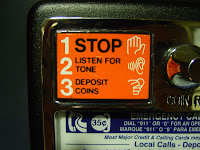 A good many businesses fumble the ball when it comes to managing their telecommunications invoicing. This is especially true in organizations that are constantly in transition due to rapid growth, capacity issues or technological changes.

When a company goes through changes that require telecommunications infrastructure updates, several moves, adds, changes and disconnects (better known as MAC-Ds) they are requested through their telecom carrier. Through proper planning and with a comprehensive knowledge of telecom inventory, the act of placing a MAC-D with a telecom carrier is simple enough.

Execution of the MAC-D, however, can be challenging. Although MAC-D requests are typically completed within the allotted timeframe on the order, there are several elements that can affect the ease of that execution:

Let’s look at real-life example of a situation that occurred with a client of ours.

A company was moving to a larger office space to accommodate its growing workforce. Their IT staff had placed two distinct orders with their carrier:
From a technological and logistical standpoint, the transition of services from the old location to the new one went well. It is rare for a telecommunications migration to be completed smoothly, so a minor outage that occurred that initial weekend wasn’t anything that the client wasn’t expecting or prepared for.

The real headache of the move began during the next month’s billing cycle when the telecom provider’s invoices showed up. Despite the company’s meticulous planning and coordinating of the installation (turn up) and disconnection (turn down) of services with the carrier, the invoices did not show any of the changes that had been ordered.

The PRI, data circuits and POTS lines that had been ordered disconnected at the old location continued to show on the bill as if they were still being utilized.

Additionally, the invoice for services at the new location included thousands of dollars in long-distance charges, even though the contract they had signed for their new telecom infrastructure included long distance.
Fortunately, the company was able to utilize our experience in working with telecommunications providers and capitalize on our knowledge of what to look for on the invoices as well as resolve the issue. Problem solved, right?

Not so fast, my friend!

Telecommunications companies can be extremely disorganized – from the smaller niche players to those super-companies that have grown primarily through mergers and acquisitions. Due to poor integration or planning among departments, the telecom company’s support desk may not be able to view your contract or MAC-D order forms. Consequently, your processing requests are delayed, and when that happens, you’re stuck dealing with months of incorrect billing.

Eventually, after hours of phones calls and dozens of e-mails, the company in this example was successful in working with the carrier to correct the billing errors, and they eventually received credits for overpayments.
It’s issues like this that illustrate why every organization should have some form of telecommunication expense management (TEM) plan in place. How MAC-D activity is captured and reflected on a telecom bill can lead to significant overages, and billing errors can affect how pricing arrangements and contractual obligations are applied.

An effective TEM implementation, either through personal compliance monitoring, a software solution or some combination of both, can achieve savings through both cost avoidance and reductions in future spending. It can also help eliminate late fees, service disruptions and lost invoices.

It’s worth nothing that both self-managed and software-based TEM should be structured to oversee your organization’s entire telecommunications portfolio, not just desk phone networks. A detailed TEM solution can also allow you to strategically manage your wireless inventory.

If you provide wireless devices like smartphones and tablets to your employees, make sure your TEM strategies are deployed to optimize wireless services through analysis of voice and data consumption. This prevents you from facing overage charges for going over allotted minutes and gigabytes.

Using TEM to monitor wireless MAC-D orders is tricky, however, as each line of service has its own individual agreement. Disconnecting a wireless device before its contract is up will lead to expensive early termination fees.

Outside of the direct cost benefits of monitoring telecom spend through TEM, there are indirect benefits, as well. A thorough knowledge of an organization’s telecom inventory will allow you to make better sourcing decisions and accomplish things like:
As with any telecom transaction, MAC-D moves are best managed with an understanding of what’s involved on the carrier side, what should be expected and what can possibly go wrong in order to allow for proper preparation. Managed poorly, MAC-D moves can result in significant overages. An effective management strategy is the best way to ensure minimal money wasted and maximum satisfaction.