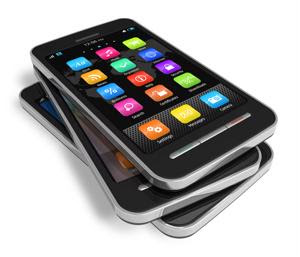 With the ability to print out customized products or spare parts, 3D printing may have the potential to revolutionize the production supply chain for many manufacturers. Not only can 3D printing allow both consumers and businesses to turn concepts and designs into a tangible reality, it can also reduce costs of manufacturing. While in the past 3D printing has been used by engineers to generate prototypes, consumers have more access to create personalized products like iPhone cases or action figures.
New York has fast become a central location for 3D printing businesses, according to The Associated Press. In the place of old factories, 3D printing has filled a manufacturing void.
"Now technology has caught up, and we're capable of doing manufacturing locally again," says Peter Weijmarshausen, CEO of Shapeways, who moved the company to New York from the Netherlands.

Shapeways is a 3D printing marketplace and community that allows consumers to view other creations individuals have made, use apps listed on its site to design products, upload the models and wait to receive the finished products. While mass production previously involved raising money for manufacturing and making custom dies for plastic molds, 3D printing bypasses this expensive and time-consuming process.
"With the Shapeways shop, that process is completely condensed," Weijmarshausen says. "If there is no market for your product, then the only thing you lose is some time."
Businesses can print out replacement parts locally

Introducing 3D printers to the masses in a trail program, Stratasys makes 3D printers used in UPS stores, the Economist reported. Based in Minnesota, Stratasys creates uPrint SE desktop machines, that may be used to generate small parts used in products, reducing the costs associated with replacing hard to find parts.
"3D printing has the potential to turn manufacturing supply chains on their head," Anthony Vicari of Lux Research said in a report.
More advanced than consumer-targeted printers, industrial 3D printers can also print metal instead of plastic, which could allow businesses like car dealerships to print out parts locally. Businesses have the ability to download designs and print them out if they need replacement parts or manufacture small batches of products. As 3D printing becomes more popular, there may also be an increase in patent and design violations as scanners can be used to reverse-engineer items or parts.
While 3D printing is gaining in popularity, it may not be able to overshadow traditional mass manufacturing just yet considering the cost.