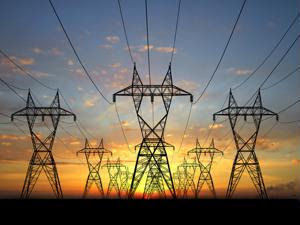 The government encouraged utility companies to protect electric grids across the United States from increasingly frequent weather disruptions, which could change electricity sourcing, according to Bloomberg. Suggestions for a new risk management process for power companies include installing smart meters and using microgrids.

The President's Council of Economic Advisers and the U.S. Department of Energy worked together in assessing the causes and the financial impact of power outages. In a report released by the Executive Office of the President, the government reported that as the prominent cause of power outages between 2003 and 2012, severe weather contributed to approximately 679 power outages that cost the U.S. an average of $18 billion to $33 billion annually, when adjusted for inflation. Major storms like Hurricane Sandy in 2012 are estimated to have cost between $27 billion to $52 billion. During Sandy, 650,000 homes were damaged and 8.5 million customers were without power.

The risk and damages associated with this type of weather is only expected to grow as scientific research projects more serious weather phenomena.

"The number of outages caused by severe weather is expected to rise as climate change increases the frequency and intensity of hurricanes, blizzards, floods and other extreme weather events," the report said.

While the government did not issue mandates for electric utilities companies, it did encourage them to invest in grid protection to increase reliability of power sources. This can include purchasing storage devices powered by renewable energy, metering systems used to locate outages precisely and microgrids to prevent outages from crippling the whole network.

In the case of Hurricane Sandy, the U.S. Department of Energy's investment in smart grids mitigated the period of outages for thousands of customers. The report also included other suggestions to reduce the amount of greenhouse-gas emissions, which are thought to induce severe weather phenomenon.