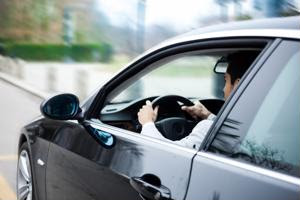 Sales increased in July for the fourth straight month, indicating that retail sourcing could be picking up as the nation's financial health strengthens, according to The Associated Press. The positive report could mean more business for merchant accounts as consumers are more confident with the state of the economy.

After the report showed retail sales saw a surge for the fourth month in a row, the dollar gained in value, according to Bloomberg. Retail sales indicate consumer spending, which makes up 70 percent of gross domestic product. As the dollar strengthens, financial experts will look to the Federal Reserve to see whether it decides to slow down the economic stimulus of the economy by reducing its bond purchases.

"Retail sales in the U.S., including revisions, were better than expected -- just on the daily charts, momentum seems to be turning," said Richard Franulovich, a senior currency strategist at Westpac Banking.

In a survey of 81 economists, Bloomberg predicted a 0.3 percent advance.

"The numbers are on the positive side, which is something that will help support the dollar and tapering expectations" by the Fed, Eric Viloria, senior currency strategist at Gain Capital Group, said to Bloomberg.