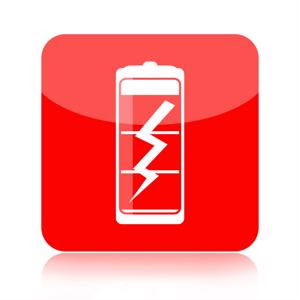 Much of the operating expenses for a business can stem from its energy costs, such gas for fleet vehicles or electricity to illuminate buildings and operate equipment. Electricity sourcing from energy storage technology is now a growing industry trend as businesses can reduce waste by producing their own power from renewable sources, including wind and solar.

Energy storage can help small and large entities alike depending on the scale of this technology, Sustainable Business reported. Large capacity energy storage like Japan's 60 MW battery bank can be used at utility substations while small-capacity batteries can continue to keep a business working during interruptions caused by severe weather or power outages.

A study by Navigant Research found that for the first six months of 2013, new projects in this growing industry have expanded to 38 while 633 are already functional or under development.

"There are now 29 different energy storage technologies in use worldwide, some with just a small fraction of the overall market," said Anissa Dehamna, senior research analyst at Navigant Research.  "In terms of regional capacity, Asia Pacific continues to be the world leader in deployed capacity, with almost 1.2 gigawatts (GW) representing 47 percent of global capacity, followed by North America and Western Europe.  In terms of installed projects, however, North America leads with 115 deployments."

These projects include creating new kinds of battery technology even one that involves solar thermal energy. Researchers are also working on modified versions of older technology including power-to-gas. The direction of energy storage development depends on the region. The storage market in North America is fueled by innovation while Asian economies work with the plan to export their products. Markets in Europe are creating storage technology that incorporate renewable energy.

After net metering programs sponsored by state governments have expanded to almost all of the country, residents and businesses have put more focus on renewable-powered energy sources, according to the Energy Information Administration. Net metering programs allow residents and businesses to receive retail prices from electric utilities if they generate their own energy using on-site generators in excess of what they actually consume.

Residents and businesses can set up small generators that use renewable energy such as rooftop solar systems to produce their own electricity. Forty three states and the District of Columbia currently have required net metering programs with an estimated 297,000 customers nationwide taking advantage of the program's financial incentive.