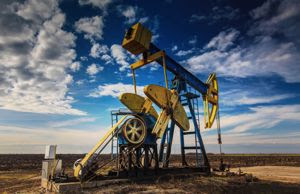 Shortly after the Institute for Supply Management's report that the strength of the manufacturing industry was improving, the Department of Commerce stated production expanded again in June. Domestic manufacturing new orders gained another boost in June, increasing 1.5 percent  to $496.7 billion, according to the Census Bureau's Manufacturers' Shipments, Inventories and Orders.

For June, consumer purchases and business investment in manufactured goods increased to its highest level since the bureau began the report based on the North American Industry Classification System in 1992. While the figures for new orders did not reach the projected growth of 2.3 percent in the same period by economists, according to The Wall Street Journal, 4 out of the 5 months have experienced increases after June's slight expansion, following a 3 percent increase in May.

"These data currently indicate that the recent moderate growth in manufacturing activity and capital spending is likely to continue, at least for several more months," said Maninder Sibia, economist at Contingent Macro Advisors.

The largest contributor to the overall growth of manufacturing activity were nondefense aircraft and parts orders, increasing 32.1 percent in June from May, doubling the month-to-month change from May to April at 67.6 percent. When transportation orders are excluded, new orders declined slightly 0.4 percent.

While new orders for aircraft and parts seem to be the main driver for expansion, it is not the only factor as economists have noted that the report overall "provides further evidence of an upswing in manufacturing activity," said John Ryding and Conrad DeQuadros at RDQ Economics.

Meanwhile, prices for crude oil slated for September delivery decreased following the positive factory orders report, according to MarketWatch. Manufacturers may have to adjust their spending management since prices are expected to rise again after they experienced gains the week before. Crude oil prices declined 1 percent to $106.79 a barrel on the New York Mercantile Exchange. The drop could be attributed to the Energy Department reporting the first increase in the supply of crude supplies to 400,000 barrels on July 31 while prices increased at 2.7 percent to $2.86 the following day.

"We could really start to see some demand destruction in the upcoming weeks, which could in turn start to see build in inventories," said Tariq Zahir, managing member at Tyche Capital Advisors.