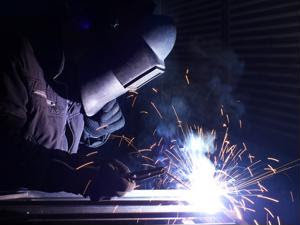 The strength of the manufacturing industry depends on the overall health of the economy and indicators including the Purchasing Managers Index and raw materials cost. Depending on the economic activity that goes into growing the economy, manufacturers may be able to reduce their business overhead cost. The Institute for Supply Management reported the manufacturing sector grew in July with PMI at 55.4 percent, an increase of 4.5 percent from June.

In the Manufacturing ISM Report On Business, manufacturing grew for the second straight month in July, even beating the highest index reading of the year, which occurred in June at 50.9 percent. A PMI reading below 50 percent indicates that the manufacturing economy is contracting while over 50 means it is expanding.

New orders in July expanded by 6.4 percent to 58.3 percent, its highest level since April 2011. Subsectors that experienced an increase in orders include textiles, printing, nonmetallic mineral products and electrical equipment. Production also jumped, reaching 65 percent after increasing by 11.6 percent, almost a nine-year high since May 2004 when the Production Index reading was 65.3 percent. The Federal Reserve may take into account the growth of the manufacturing sector as an indicator of the economy's overall performance, according to USA Today.

After contracting two months earlier, manufacturing jobs saw an expansion as July's Employment Index showed a reading at 54.4 percent, an increase of 57 percent compared to 48.7 percent in June. Half of the 18 manufacturing industries said their jobs numbers were higher in July with the largest job gains reported in sectors including furniture and related products and appliances and components.

The 3.5 percent decrease of the ISM Prices Index revealed a decline in raw materials prices, with a reading of 49 percent in July. A majority of respondents, 58 percent, said that they were paying the same prices. More supply executives stated that they paid lower prices (22 percent) than June compared to 20 percent who said they were paying higher costs.