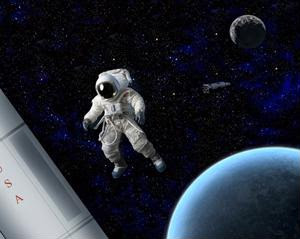 With the ability to quickly produce parts, innovative technology like 3-D printing is changing how businesses reduce manufacturing costs. Small business manufacturing is also benefiting from on demand production of inventory by making the right amount of what customers want.

3-D printing aids in the cost reduction of advanced manufacturing that the space industry is capable of, according to manufacturing.net. NASA recently tested out the biggest rocket engine part made by a 3-D printer - an injector, which helps to provide thrust for engines. The experiment was a success as the injector was able to generate 20,000 pounds of thrust - 10 times more than other injectors produced via 3-D printing. The engine part used in the test was similar to those used in rockets for the Space Launch System that is capable of sending humans on space missions to Mars and other objects near Earth.

"This entire effort helped us learn what it takes to build larger 3-D parts - from design, to manufacturing, to testing," said Greg Barnett, lead engineer. "This technology can be applied to any of SLS's engines, or to rocket components being built by private industry."

3-D printing allowed NASA manufacturers to develop a cost-efficient method of producing engine parts by streamlining the amount of components. Compared to previous manufactured versions of the injector, the updated engine part required only two parts rather than 115, cutting assembly costs.

"We took the design of an existing injector that we already tested and modified the design so the injector could be made with a 3-D printer," said Brad Bullard, propulsion engineer and designer of the injector.

With this successful test, there are other areas NASA hopes to reduce costs, including the possibility of printing food for space astronauts.

3-D manufacturing may cut costs related to distribution and inventory

At the same time 3-D printing is changing spaceflight and exploration, this manufacturing method is revolutionizing how retailers ship to consumers on the ground, the Washington Post reported. Inspired by the concept of same day shipping, small business manufacturers are utilizing 3-D printing to respond quickly to customer demand and produce exactly what they want. This could increase efficiency by removing the guesswork of having stock without knowing how much of it will be sold. By printing on demand, retailers can also reduce the costs of storing products by keeping inventory levels low.