Bitcoins as Private Money: Two Sides of the Same Coin. 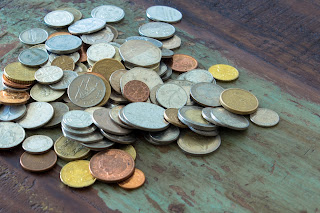 It’s been almost two years since I last blogged about bitcoins, a revolutionary new currency that has now become subject of scrutiny and controversy. I still find this concept fascinating and I think that now is a good time to discuss where the most popular digital currency is today.

Bitcoins are generated through the process of “mining” and can be used as traditional currency online to acquire all types of products, including goods, services and even other currencies, but unlike conventional money, they are not subject to fees and merchant costs. Anonymity, low cost and decentralization make Bitcoins extremely attractive for creative businesses and other louche entities that may not be too fond of taxes and regulations.

Let me start up by stating that when I first stumbled upon bitcoins, the dollar-to-bitcoin exchange rate was about $9. Today, each bitcoin is worth about $104, and that’s a low point compared to their maximum traded value of over $230 earlier this year. But the Bitcoin value is not the only thing that has dramatically changed. During the last weeks alone, the Bitcoin has suffered two major events: 1) Bitcoins have been recognized as a “unit of account” in Germany and therefore subject to taxation; and, 2) Federal authorities have subpoenaed businesses using Bitcoins claiming they are vehicles for criminal activity.

Here you have it. Two of the most powerful economies in the world, taking opposite approaches to the regulation of the same thing. Just the same as you will find articles all over the web claiming that ‘Bitcoins are real as they can be”, while others claim that “Bitcoins will never become a global currency”. The reality is that progress is the result of what a society believes in, and for a digital currency to revolutionize major capital markets one way or another, Bitcoins should be taken seriously.

So let me talk a bit about what this Bitcoin “recognition” means in Germany. First of all, the “unit of account” statement represents an acknowledgement of legitimacy from Germany’s Federal Ministry of Finance as a virtual currency and as a financial instrument. In other words, realized gains on Bitcoin value are treated the same way as gains on private stock or mutual funds would be, and are therefore subject to a capital gains type of tax. Bitcoins can also be seen as legal means of exchange (or private money) and have been adopted with fervor in local communities.

On the other hand, while Germany is sorting out the concept of a “new virtual currency”; in the US, there’s no mechanism to ensure that Bitcoin users and investors profiting from the digital currency report the income to the IRS. As such, Bitcoin is becoming the ultimate “tax haven”, with the difference that well known tax heavens normally depend on real financial intermediaries (aka banks), while Bitcoins do not. Rather than regulate the currency, or legitimize it, as Germany is doing, the U.S. policy (one has not been made official) appears to be one of illegitimzing the virtual currency by associating it with, and cracking down upon, its illegal uses.

For Bitcoins, legality is a double-edged sword. On one side, regulation will lead to trust, less volatility, price stabilization, and reliance which would increase the size of market, currently estimated at about $2 billion. On the other side, regulation and taxation will lead to higher costs of bitcoin transactions and will cause it to behave more like other accepted currencies. As bitcoins lose the differentiators that make them attractive today as mean of exchange, they will also lose some of their value.