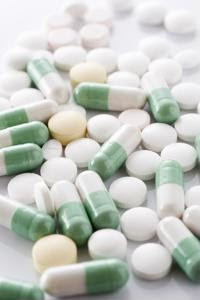 New research on nanoscale sensors could help pharmaceutical companies improve strategic sourcing for safer drugs, according to the Massachusetts Institute of Technology. This potential change in drug procurement could prove especially useful to medicines related to antibodies.

Using nanosensors in their research, MIT chemical engineers observed that they could determine how strong antibody drugs bonded to their target. In manufacturing drugs, engineered cells often do not bind batches of antibodies evenly, making them less powerful in treating patients. However, the sensor from MIT could allow drug companies to shed expensive testing processes needed to evaluate drugs and rule whether they fulfill requirements that make them fit for consumption.

"You could use the technology to reject batches, but ideally you'd want to use it in your upstream process development to better define culture conditions, so then you wouldn't produce spurious lots," MIT graduate student Nigel Reuel said.

In addition to discovering the strength of antibodies, researchers also studied the structure of their molecules to know whether chains of sugar could slow down drug effectiveness. Antibodies may trigger an autoimmune response that could result in their destruction, making drugs used to treat autoimmune diseases like Crohn's Disease less potent.

"This has been a problem for pharmaceutical companies and researchers alike, trying to measure glycosylated proteins by recognizing the carbohydrate chain," said Michael Strano, an MIT professor of chemical engineering. "What a nanosensor array can do is greatly expand the number of opportunities to detect rare binding events. You can measure what you would otherwise not be able to quantify with a single, larger sensor with the same sensitivity."

With researchers helping to determine conditions needed for even bonding of antibodies to their targets, drug companies could be able to produce more powerful drugs that work consistently in the future. By accurately determining the strength at which antibody drugs can bind to other substances, this could mean the possibility of advancement for medicines that could treat cancer as well as other diseases.

At a different lab, researchers are using the same technology employing nanosensors to quicken medical diagnoses of overexposure to radiation, UPI reported. Scientists at the Lawrence Berkeley National Laboratory in Berkeley, Calif., are in the process of developing a biochip that can tell whether someone has been exposed to lethal levels of ionizing radiation in minutes. While radiation occurs naturally in sunlight, individuals can also encounter it during X-ray examinations or cancer treatment or if they work in a nuclear power plant. Symptoms of radiation sickness can be as benign as nausea or as severe as burns to the skin and reduced organ function.

An array of nanosensors contained inside a chip allows users to determine the amount of proteins in blood exposed to radiation. If someone has too much radiation exposure, a handheld device will light up, indicating that medical attention is needed. Since these gadgets are handheld, doctors could use them during regular office visits or carry wherever patients require testing. In the event of a radiation emergency, this new technology can quickly distinguish individuals who quickly need treatment from a large crowd.

Using mice in their research, scientists dispensed only a drop of blood to measure the radiation dose in a few minutes.

"More work is needed, but the chip could lead to a much-needed way to quickly triage people after possible radiation exposure," said Andy Wyrobek of Berkeley Lab's Life Sciences Division. "The goal is to give medical personnel a way to identify people who require immediate care."