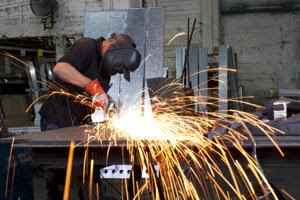 The current market analysis shows that hiring activity in the manufacturing industry of the Midwest is picking up, according to The Business Journal. Domestic manufacturing professionals across the upper Midwest were showing signs that they were optimistic in their outlook about the state of the economy.

In a survey by tax and consulting services firm McGladrey Wisconsin of 1,067 industry executives, the report showed manufacturers and distributors in Wisconsin believed that they will see growth in sales and more job activity in the next 12 months.

In regard to job hiring, 77 percent responded that they were optimis​tic about company expansion in the next year and 71 percent intended to add to their workforce. Job prospects in manufacturing are projected to imrpove as 83 percent expect U.S. sales to increase, with 63 percent planning to hire more employees to keep up with this new demand.

"The results from this year's (report) make clear that manufacturers and distributors in Wisconsin are feeling better than last year about the things they can control, but they remain concerned about what is going on outside of the walls of their factories and offices," said Karen Kurek, national manufacturing and distribution practice leader for McGladrey.

Chad Moutray, chief economist of the National Association of Manufacturers, highlighted a surprising statistic of which state received the most job gains in July. Despite recent headlines of Detroit going bankrupt, the Bureau of Labor Statistics regional and state employment numbers report shows Michigan came out ahead as the state with the most net new manufacturing jobs, increasing with 7,600 workers. Motor vehicles added 9,100 new employees nationally July, which could account for the large jump in hiring for Michigan. Another Midwest state, Ohio, saw an increase in employment with 2,400 more workers while the states with the most manufacturing job gains in July include were mostly in other parts of the country with Virginia (+3,300), California (+2,600) and Georgia (+2,200).

Meanwhile, manufacturers could face higher interest costs, which could result in more operating expenses However, an increase in borrowing costs is considered healthy for the nation's economy, according to Bloomberg.

"Confidence is at the center of everything here," said James Paulsen, chief investment strategist at Wells Capital Management in Minnesota. "If I had to pick one overriding thing, it's confidence that's been running through the financial markets and the economy this year."