The Stunning Growth of Adidas 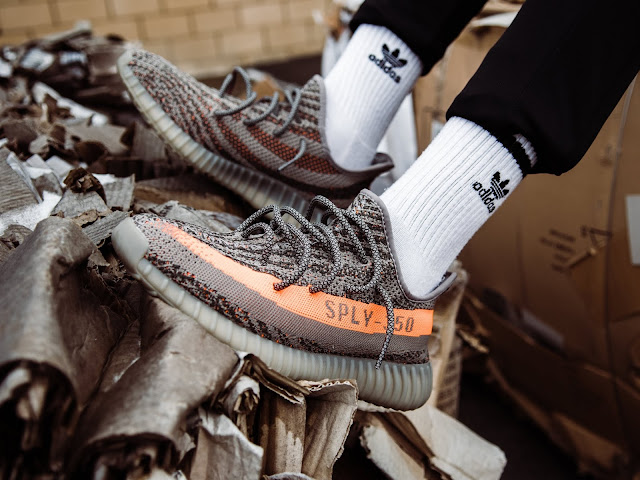 Nike and their subsidiary Jordan Brand have long held a dominating market share in the athletic footwear market. For decades now, Adidas has been operating in the shadow of the performance wear giant. However, 2017 and 2018 have been game-changing fiscal years for the German brand. Reports indicate that Adidas, in several months this calendar year, has been going back and forth with Jordan Brand for second place in market share, and though their profits have still yet to reach Nike’s level, their revenues above 5 billion are still nothing scoff at.

Adidas had seen somewhat of a renaissance in the early and mid 2010’s signing massive names to sponsorships, as well as rejuvenating their line of Adidas Originals throwback shoes (specifically they saw incredible success in the Stan Smith and Superstar lines). Yet, the nostalgia surrounding Nike and Jordan for many far surpassed the feelings invoked by Adidas’ older models. If that is true, then why has the brand seen greater growth over the past year than any of its competitors?

Athlesiure
High performance products are key for every company in this industry, but at the end of the day a large segment of consumers view their sneakers as fashion statements. Over the past few years, the “athleisure” fashion trend has skyrocketed in popularity. For those of us not hip to the term, athleisure refers to a style that emphasizes high performance and comfortability while still keeping a focus on design. Adidas has seemingly always had a massive share of the casual athletic shoe market, which is now also seeing growth from Converse among others. By the end of 2016, many experts said the trend had peaked and would now start its decline. Adidas’ response? Ignore the noise and go full throttle in a marketing strategy defining the brand as a more fashionable alternative to its competitors.

The results have proved those experts’ predictions anything but accurate.

Adidas took athlesiure and blended it with techwear, a price-insensitive style trend emphasizing premium materials and innovative engineering for high preforming durable products that would make even the staunchest conservationist satisfied. The Ultra-Boost series and its Parley extension, the latter of which is crafted using 11 recycled plastic bottles, have made waves in the industry and releases are highly anticipated by consumers. CEO Kasper Rørsted has stated that the company intends to continue experimenting with sustainably sourced materials, 3D printed, and high tech footwear as the athleisure trend is still far from its peak.

Supply Chain Innovation
Jokes have been made for years that those $180 dollar basketball shoes every high school JV player cost less than a McDonald’s sweet tea to actually produce. While this is obviously a gross exaggeration, the fashion industry’s early adoption of off-shore manufacturing has tempted many companies to take ethical shortcuts to achieve higher profit margins. Their willful ignorance in contracting suppliers has resulted in numerous scandals revolving around child labor, slave labor, and grossly inhumane working conditions. Nike has probably made the most headlines, but Adidas had a few rumors floating around about their unethical practices from years back.

In response, the company has emphasized greater transparency about their supply chain, even publishing a full list of every supplier and manufacturer under contract for the most recent world cup (Adidas Supply Chain). Sustainability, efficiency, and ethical behavior have taken precedence in the organization’s procurement strategy, resisting the temptation to cut costs instead establishing a trusting relationship and mutually rewarding relationship with consumers.

The Buzz, the Culture
Along with building consumer trust, Adidas has also been aggressively establishing themselves as a cultural icon. In 2014, Adidas teamed with music industry juggernaut Pharrell Williams to create his own line and act as a spokesperson for the brand. As nearly two thirds of their business is still done in sport specific and running models, getting popular athletes has remained crucial. Their current roster of sponsored athletes has served the company so well because regardless of their on-field performance, they are cultural influencers. Some standout sponsorships include:


Adidas popular athleisure models have recently been spotted in greater frequency gracing the feet of countless rappers and music icons. Additionally, Adidas logo is one of the most shared images on social media, surpassing even Nike, and implying a popularity within youth culture. The seemingly overnight jump in Adidas perceived value may be attributed to one pivotal move.

Kanye West
Yes. Adding Yeezy to their already powerful roster of celebrity influencers has revolutionized the brand. Even if the products in his line only account for a fraction of Adidas’ revenue, his cultural influence, fashion background, and (even if occasionally problematic) larger than life personality have boosted the perceived value of a three striped pair of shoes tremendously. His products are the epitome of the athleisure trend, beautifully blending high performance Ultra-Boost cushioning and a design that appears as an athletic twist upon his infamous New York fashion week lineups.

Something more important than many experts would let on initially is why the Kanye West acquisition is such a big steal for Adidas. Kanye’s first shoe deal was with Louis Vuitton, given some degree of creative freedom in the design of the Louis Vuitton Dons and Jaspers, high-end designer sneakers that currently resell for thousands of dollars. Supply was scarce, as is expected of designer merchandise. What was not expected however, was just how quickly they sold out. The allure of the rarity initially worked in Kanye’s favor. After his time with Louis Vuitton came to an end, he collaborated with Nike to help create another line the Nike Air Yeezy, a more athletic looking shoe capitalizing on street cultures love of basketball. Yet again, these are currently reselling for thousands due to rarity and high demand amongst collectors. The follow-up Air Yeezy 2’s faced the same fate.

This time however, Kanye expressed displeasure with his degree of creative freedom, Nike’s hesitation to collaborate on a high fashion line, and management issues. Never one with much of a filter, he was not quiet about this either. With the value of his name at an all-time high and an expired contract, enter Adidas willing to meet just about every one of his demands. This was a hit to Nike who had long been viewed as the brand most preferred by hip-hop icons and fashion forward celebrities, contributing more to Adidas’s rapidly excelling growth and increased perceived value.

Adidas revenues have stagnated in Western Europe, but are quickly growing in the United States and in China by 26%. The biggest changes for the company have been an increase in perceived value and effectively capitalizing upon a fashion trend that appealed to its strengths. We should all take note of Adidas abilities to adapt and understanding the company’s SWOT enough to take advantage of those strengths and opportunities effectively.

On November 12, Angelica Prudente, Director of NAM Non-Trade (Indirect) Procurement for Adidas is just one of many respected industry minds to be present at ProcureConMarketing. As we will be attending, Source One’s consultants look forward to event as opportunity to gain additional insight into the marketing landscape and share tips and advice for more effective purchasing.