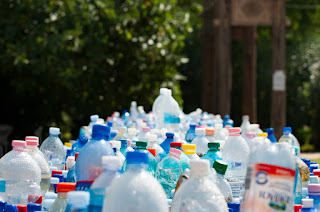 Almost a year ago, I wrote an article that discussed some threats China was making. Not about tariffs, not about trade, but about recycling. Those threats are coming to a head.

Recycling ain’t easy – a lot of work goes into taking recycled scrap and converting it into new products. China has long held a lead position in the processing of this scrap material, handling some 65% of the world’s recycled materials. That’s right, over half of the world’s recyclable materials flow to China to be processed. At least, that has historically been the case.

Moving forward, China is cracking down on the scrap they’re willing to accept from other countries. In effect, China’s ban on scrap imports would halt a large chunk of recycling efforts worldwide. China’s main complaint that prompted this move? The country claims that the quality of scrap has been subpar. The cleaner and better sorted scrap is when it lands at a Chinese facility for processing, the easier it will be to process. Consequently, dirty, contaminated scrap makes the process that much harder (and less lucrative).

The Impact of China’s Ban
There are a couple big (and obvious) impacts this ban could have if left in place.
First, the environmental consequences. Let’s go back to our “65% of the world’s recycling” figure – an obvious question arises: If China isn’t processing the bulk of this scrap, then who is? Even if other countries expand their own capabilities, there will still simply be too much scrap to process. Where else would this scrap end up, then? Potentially a landfill, contributing to our growing garbage problem.

Beyond environmental, there are other consequences. First, there’s a potential for job losses among American workers who process and ship this scrap. If China isn’t taking such shipments, then tens of thousands could be out of a job. Second, there may potentially be an impact on the availability of “virgin” materials. Fewer sources of recycled paper could lead to a tighter pulp supply and higher costs.

How can Industry React?
Industry will need to respond to this ban, either proactively, reactively, or a combination of both.
On the proactive side, industry leaders can continue to pressure China to relax the ban and work with scrap exporters. The Institute of Scrap Recycling Industries (ISRI), a trade association composed of 30 countries, released a response to China’s proposed ban last year. The ISRI argues that clarification is required on China’s end to better outline how the ban will be enacted and calls China’s own capabilities into question in comparison to the United States’ recycling industry: “where it takes 1,150 tons of recyclable fiber to make 1,000 tons of new paper in the United States, it takes 1,300 tons of recyclable fiber to make the same 1,000 tons of new paper in China. As a result, Chinese manufacturers have come to rely on the supply of high‐quality scrap from abroad in order to stay competitive.”

On the reactive side, if China doesn’t budge, we have a few other options:


There is, of course, one more option. The “do nothing” option. Forego recycling and send scrap shipments to the landfill instead. This is obviously a bad choice – one that damages the environment, kills jobs, and puts pressure on Procurement when it comes to sourcing these products.

Simply put, something must be done to resolve this issue, because “doing nothing,” is barely an option at all.