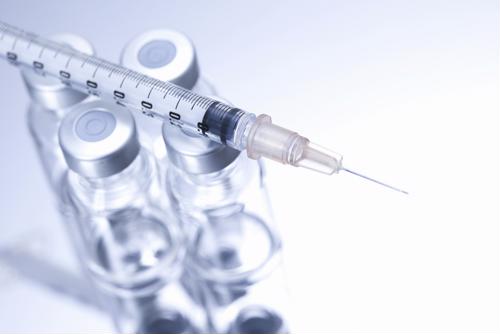 In what may best be described as a shake-up to the medical supplies and pharmaceutical industry, the maker of a widely known opioid overdose treatment is being purchased by a Maryland-based biopharmaceutical company, a supply chain optimization move that may help counter the painkiller abuse crisis.

As reported by Reuters, Emergent BioSolutions in August made a deal with Adapt Pharma to purchase the pharmaceutical company, the official manufacturer of Narcan. A needle-free emergency treatment that's approved by the Federal Drug Administration, Narcan contains chemical naloxone hydrochloride, a key ingredient that helps to counter the effects caused by overdosing on painkillers and use of illicit drugs, such as heroin and fentanyl.

Financial disclosure documents made available from Emergent revealed the deal totaled $635 million in upfront cash-and-stock payment and up to $100 million in additional funding should certain sales goals be reached between now and 2022, Reuters reported.

No disruptions predicted
In a conference call with analysts, an Emergent executive indicated that intends to maintain the development of Narcan by adhering to the systems AdaptPharma put in place so as to avoid supply chain encumbrances.

"Adapt has put together a strong, durable supply chain of partners to support the manufacture of the product," the executive stated, who was not named in Reuters' reporting. "We do not intend to disrupt that."

Health experts and physicians indicate the production supply chain of Narcan is crucial to emergency care. Indeed, the U.S. Surgeon General is one of a growing chorus of officials advising more medical offices - and homes - to have Narcan available or generic equivalents containing naloxone. In a poll conducted by Blue Cross and Blue Shield of Massachusetts, 70 percent of respondents said the opioid-reversal drug should be accessible in all workplaces.

Andrew Dreyfus, Blue Cross president and CEO, said the insurer is joining forces with more employers in the Bay State to make this possible.

"We're providing them with the resources they need to reverse overdoses and educate their employees, whether in an office setting, a job site or a city hall," Dreyfus said.

Painkiller abuse a nationwide crisis
Opioid dependency has reached epidemic proportions and has claimed thousands of lives in the U.S. alone, particularly in recent years. It's been labeled a crisis by President Donald Trump and the Department of Health and Human Services. According to the Centers for Disease Control and Prevention, over 200,000 people died from overdoses related to prescription opioids between 1999 and 2016. Of these, 17,000 occurred in 2016, the most recent year in which data is available.

Increased demand for naloxone has led to an uptick in prices. As noted by National Public Radio, syringes containing the key ingredient once cost no more than $6. Now, they're upwards of $30 or more. And for automatic naloxone injectors, they're priced at north of $3,500.

Emergent says it's doing everything it can to build up supply and keep costs under control, this includes by offering a 40 percent discount on Narcan, available to nonprofits as well as local and state governments, according to Reuters. Emergent also said it intends to do more to address opioid overdose and why it's happening so often. Furthermore, the company seeks to gain access to Adapt's alternative treatment portfolio which help negate opioid dependency symptoms.
Procurement News