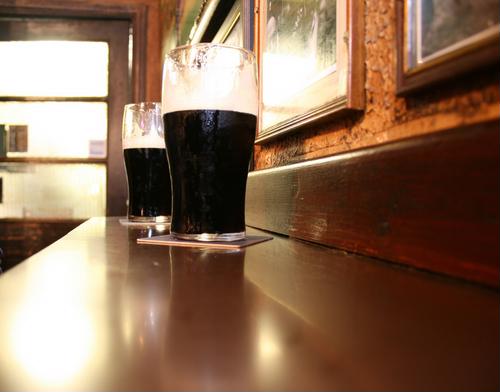 The scientific community largely agrees that the effects of climate change could have lasting repercussions on the environment if steps aren't taken to reduce greenhouses gas emissions. Based on a newly released study, those adverse impacts may also lead to a weakened production supply chain for one of many Americans' most preferred beverages: beer.

As reported by Restaurant Dive, the study - published in the journal Nature Plants - contends that the manifestations of climate change over time would damage many of the crops used to develop beer, such as barley and wheat. The researchers came to this conclusion after using computer modeling analysis that predicted warming trends over the next 80-plus years. They also utilized crop modeling software that gauged the impact of climate change on barley, the primary ingredient in beer, with a particular focus on temperatures rising in combination with reduced rainfall.

Their findings prove worrisome for the agricultural community - not to mention beer consumers, at large - discovering that under various scenarios of severity, barley yields could fall between 3 percent and 17 percent, the report said. A domino-like effect may develop thereafter.

"Decreases in the global supply of barley lead to proportionally larger decreases in barley used to make beer and ultimately result in dramatic regional decreases in beer consumption," the study's authors wrote.

Beer consumption worldwide could dwindle by 16 percent
The study's principal investigators forecast beer consumption around the world may fall by an average of 16 percent, but potentially as much as 41 percent, "depending on the severity of conditions." Additionally, beer prices may more than double, with costs rising over 190 percent in Ireland, a world leader in beer consumption on a per capita basis.

Beer is widely considered to be the most popular beverage choice in the world, one that's benefited from a fairly consistent supply chain for generations. In 2017, for example, over 207 million barrels of beer were sold nationwide, according to figures compiled by America's Beer Distributors. That's the equivalent of around 2.9 billion cases of beer sold in 12 to 24 ounce serving sizes. While the majority of beer sales were from ingredients produced within the States 17 percent was imported, deriving from 100 countries.

Not only do customers rely on a dependable supply chain, but of course so do breweries. There are more than 8,800 in the U.S., based upon estimates from the National Beer Wholesalers Association, with California, Washington State and Colorado hosting the most, respectively. There are over 1,100 breweries in the Golden State alone.

September 2018 fourth warmest of all time
Scientists, including those from the National Oceanic and Atmospheric Administration, believe that storms are growing more common and intense as a result of climate change, often describing the trend as "the new normal." Global temperatures are climbing as well, with this past September 1.4 degrees Fahrenheit above the 20th-century average of 59 degrees. That's the fourth-highest reading for the month of September on record and the 405th straight month wherein the mercury level rose above historical averages.

While the study's authors acknowledged that the fallout of climate change on the beer supply chain may seem inconsequential relative to other outcomes - such as more wildfires or hurricanes - they warned that growth in raw material costs for beer ingredients could lead to various social ramifications, which can be difficult to quantify. Restaurant Dive warned that retailers, eateries and breweries are already dealing with changing consumer behaviors, so a dip in supply could force them to re-evaluate where they buy their products from, be it domestically or internationally.
Procurement News