Did Uber Reveal an Ambitious Plan for Drone-Based Deliveries? 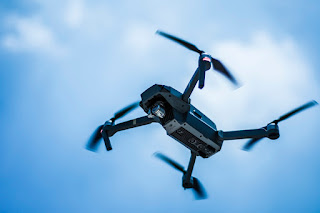 Ride-share giant Uber may have inadvertently unveiled ambitious plans for the future of UberEats. The Wall Street Journal reports that a job posting (since removed) on the San Francisco company's website makes their hopes for drone-based food delivery clear.

The open position called for an operations executive capable of making delivery drones viable as soon as next year and putting them into practice across numerous test markets by 2021. According to the listing, this executive will "enable safe, legal, efficient, and scalable flight operations." It refers to the evolving project as UberExpress. The company has, for some time, used this name internally when discussing the drone-based extension of its UberEats delivery service.

The listing was taken down following questions from the Journal. A spokesperson for Uber replied by suggesting the listing "does not fully reflect [the] program, which is still in its early stages.

Though Uber's response casts doubt on any particular timeline, it fits the forward-looking narrative presented by CEO Dara Khosrowshahi back in May. In an on-stage interview with Bloomberg, Khoshrowshahi joked, "we need flying burgers." Adopting a more serious tone, he expressed his hopes for the company's evolving service offering. "Uber can't just be about cars," he said. Rather, "It has to be about mobility." He went on to suggest that food deliveries in as little as five minutes would soon become a reality for Uber's customers.

UberEats has already proven itself a decidedly big win for the scandal-prone organization. The fastest-growing meal delivery service in the country, it has expanded to several hundred cities since 2014. With its sights (potentially) set on a 2019 IPO, Uber has reported a valuation of $120 billion. UberEats alone accounts for around $20 billion of that figure.

However aggressively they pursue drone-based deliveries, Uber still faces a number of what the Journal calls "technical challenges and regulatory hurdles." For example, the Federal Aviation Administration, will need to formally develop rules for drones flying over occupied areas and out of their operator's line of sight. Federal Aviation Administration-backed tests over the last few months have seen drones surpass both of these crucial milestones. Industry observers, however, do not expect any new regulations until Q1 of 2019 at the earliest.

Amazon, among Uber's chief competitors in the race for delivery drones, has seen its fair share of setbacks. Their struggles provide a case study in the dangers of inflated hype. Though CEO Jeff Bezos predicted delivery drones were just a half-decade away back in 2013, his company was recently shut out of the aforementioned test-flight program. Uber - alongside Google, Microsoft, Qualcomm, and six other organizations - made the cut.

By next year, consumers should know if Khoshrowshahi can see the future any more clearly than Bezos. Within three, they'll know if the company that disrupted transportation can do the same for food and beverage delivery.