Home HR The Scary Truth About Leading Through Fear

The Scary Truth About Leading Through Fear 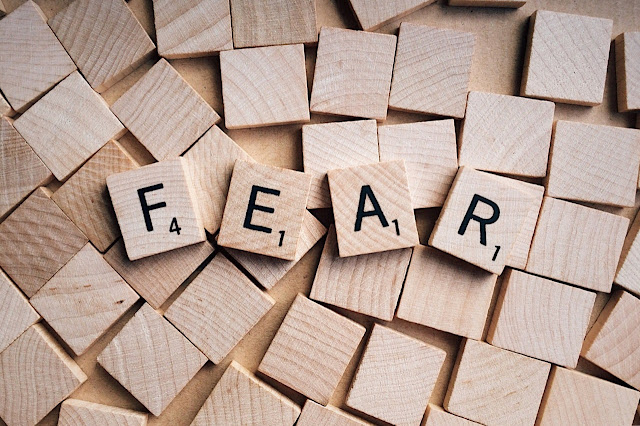 We've all been there. Stuck working under a manager who swings a big stick and boasts an even bigger temper. Shaking in our boots from 9 to 5. Yes, sometimes our bosses seem to take a perverse thrill in reminding their underlings what's what.

It's not hard to see why someone in a position of power might get a kick out of this behavior. In all likelihood, they probably really believe it works. After all, what's the most frequently quoted advice on leadership? You guessed it, "It is better to be feared than to be loved."

Machiavelli's 'best practice' has certainly stood the test of time. Politicians and business leaders alike love to trot it out whenever they need to justify an unpopular, unscrupulous move. Anyone who's ever encountered such a leader, however, knows this 'wisdom' is far from wise.

1. Fear Distracts from What Really Matters

When they're led by fear, employees aren't focused on what's good for the business. They're similarly distracted from the customer experience and even their own professional development. What they're fixated on, instead, is whatever's going to keep them from stepping on toes. Holding on to their job - however much it haunts their dreams - becomes their sole concern. This could mean neglecting to speak up during a meeting, ignoring opportunities to win new business, and forgoing all semblance of a work-life balance.

Employees stuck in fear-based workplaces aren't likely to air their grievances to the higher-ups. They'll take their ill-will home, let it fester, and return to work ready to bombard their peers with negativity and pent-up frustration. When fear permeates the culture, rumors and ceaseless gossip soon follow. Rather than collaborating or working to build a sense of camaraderie, employees focus on who's up, who's down, and who could face the chopping block next.

If an employee believes termination or a public dressing-down could come at any moment, the last thing they'll do is rock the boat. By stoking anxiety and leveraging intimidation tactics, fear-based leaders create a workplace in which creativity, innovation, and change are outwardly discouraged. Perhaps the most dangerous fear for any professional is the fear of failure. Those that feel it wind up stuck in survival mode. Carrying out the same low-value processes day after day, they keep their companies stuck in the past - all in the name of appeasing a tyrannical manager.

A fear-based leader is no kind of leader at all. Those that thrive on fear have elected to function as what Masha Malka calls a "commander" rather than a "coach." The author of The One Minute Coach, Malka encourages leaders to abandon scare tactics and instead focus on leading through personal empowerment. Employees working under a fear-hungry commander, she suggests, go about their work because they have to.  Working with a coach, on the other hand, "motivates, inspires, makes an employee feel that he or she wants to complete that task."

It all comes down to respect. Machiavelli's name might not hold such negative connotations if he'd amended his famous quote slightly. A more constructive piece of advice? Why not, "It's better to be respected than to be loved."

Leading with affection as an end-goal can prove as destructive as leading through fear. If a manager's sole purpose in the workplace is winning people over, they'll likely see performance suffer as team members start to walk all over them. Strive to show and gain respect, however, and they'll foster a constructive environment. Employees won't fear failure, but they'll do everything they can to succeed and earn the respect of a respectful, effective manager.
HR