Another reason why inventory is a major matter for auto dealers 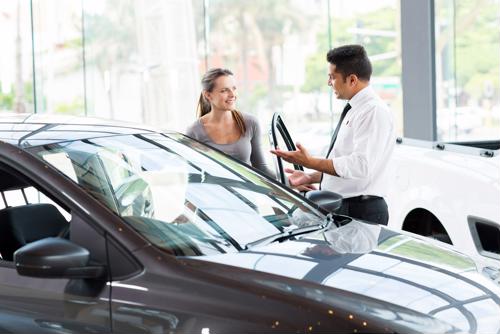 Generally speaking, when Americans are in the market to buy or replace the car they own, they have pretty good sense of what they'd like to purchase. But by the time they actually begin the shopping process, they wind up considering many more than initially intended, a new survey showed, re-establishing the significance of an optimal supply chain for dealers and automakers.

Once car shoppers are on the precipice of putting money down on a new or used automobile, they've weighed the pluses and minuses of two times the amount of cars than they originally suspected, a recent poll from Nielsen discovered.

Car sales in U.S. average approximately 17 million annually
When it comes to the nameplates consumers have to select from, they have no shortage of options, There are approximately 30 auto manufacturers in the U.S. alone, selling around 17 million vehicles per year, based on estimates from Kelley Blue Book. Toyota Motor Co., General Motors and Ford are among the largest brands in terms of sales, although transaction volume varies from year to year.
Damian Garbaccio, Nielsen executive vice president, said that as important as quantity is to generating buyer interest, quality is equally as pivotal - if not more so - particularly as it pertains to brand building.

"Brands need to build salience and relevance with consumers, not awareness for awareness' sake," Garbaccio explained. "To account for the nuances in a buyers path to purchase, automotive marketers need to employ an omni-channel strategy. This means cohesive messaging that elevates the brand and converts shoppers into buyers."

"Approximately 90% of car purchases stem from buyers already being cognizant of specific makes and models."

Approximately 90 percent of car purchases stem from buyers already being cognizant of specific makes and models, the survey found. In other words, nearly all automotive buys derive from people being aware that certain types are available without having to ask someone directly. Indeed, as a result of unaided brand awareness, car shoppers are 10 times more likely to buy compared to those who learn of a product only after being told or questioned about it specifically.

New-car prices up slightly
Operational costs, such as for marketing activities and strategic sourcing, have pushed new-car prices up slightly. In September, the most recent month for which data is available, the typical passenger vehicle in the U.S. sold for $35,742, according to KBB.com. That's a 2 percent increase from the same month in 2017 and a 0.4 percent uptick compared to August.

Kelley Blue Book analyst Tim Fleming said that given the rising interest rate environment and gas prices also nudging higher, sales may dip headed into the big year-end sales event season. This will necessitate dealerships to be more creative with how they market their offerings to avoid operational redundancies.

To drum up demand - and in the process maintaining supplier quality management - dealers often utilize various incentives, such as extended manufacturer warranties or no-cost maintenance. These promotions not only encourage more consumers to consider shopping with a particular supplier, but help brands stay relevant and in the public's conscious.
Procurement News