3 ways Western countries are working on trade with China

The Strategic Sourceror on Thursday, May 11, 2017 Procurement News, 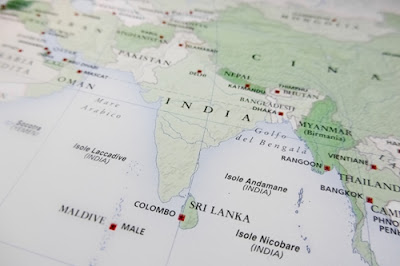 It's undeniable now that China has a strong economic presence on the world stage. For U.S.-based companies, possible uncertainty shouldn't dissuade them from looking at the current projects in the region. The country is poised to stay in contact with Europe and the Americas, using advances in technology as well as a project that references an ancient trade route.
These three developments represent China's current potential, as well as where it's currently focusing its energy. Even if not every effort is successful, the following may give some hint as to the future of procurement initiatives.
1. The new "Silk Road" freight line
China's historic trade with the West via the Silk Road gave its name to a revived trade route designed to encompass activity from as far as the U.K. Although this effort has been a long time coming, the project seems to have finally gained some traction, with the first train departing from London on April 10.

"The first New Silk Road train to depart from London left on April 10."
Xinhua New Agency, the official state news source, reported on the event, quoting the country's senior official at its embassy in the U.K., Ma Hui. This follows the first train to travel in the reverse direction, from China to the U.K., which completed its journey in London this January.
"The service injects fresh impetus into the joint efforts by China and U.K. in the construction of the Belt and Road Initiative," Ma said. "The train carries not only goods, but also the bilateral confidence to score a win-win."
As for the specific goods the train was carrying, the source said they included 32 containers of different products.
2. The Wish marketplace
Supply concerns involving long chains and procurement may seem like burdens to the endpoint consumer. To that end, services like the online network Wish could fill a need. New York Times David Carr fellow John Herrman recently wrote about this, commenting on the way this cross-border service allows shoppers to purchase goods from China more directly.
That's significant because it reportedly reflects the "global economic situation as it truly exists," as Herrman writes. He also compares it to the "opaque" experience of shopping through Wal-Mart, saying that the retail mainstay isn't as closely connected to its international suppliers, at least not in the way that a service like Wish is.
It's not difficult to imagine what this might mean for businesses that want to compete: more transparency. With a clearer look at the companies involved in its global sourcing efforts, enterprises can start making it easier to search through information and make smart decisions.
3. Opportunities for supplementary services
In addition to freight efforts like the Silk Road, there's also the space for related services to develop. The Journal of Commerce reported on the secondary effects of Chinese expansion with Europe, including a simplified approach to customs for transporting commercial goods and the need to monitor shipments.
This last point in particular means that  there's a need for businesses to possibly fill. Those that do could contribute to this developing trade relationship even further.
Procurement News