Retailers expect a flurry of buying activity during holidays 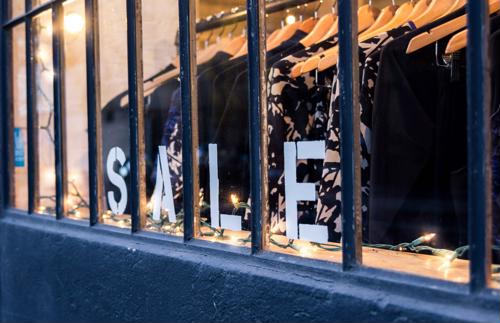 There's no season quite like the holidays for retailers, the period in which earnings losses on the year can turn into profits, given the pace at which customers file through store doors between Thanksgiving and Christmas. Due predominantly to a robust economy, purchase activity is expected to intensify once again in the coming weeks, necessitating stellar supplier quality management to keep store shelves stocked.

"Holiday sales could reach over $720 billion for retailers."

Not including car and restaurant sales, the holiday buying blitz is forecast to produce receipt totals of between $717 billion and $720.9 billion for retailers, both brick-and-mortar as well as e-commerce. That's according to newly released estimates from the National Retail Federation.

NRF President and CEO Matthew Shay said this earnings range is indicative of how the industry is performing as a whole, despite closures affecting major department store retailers such as Toys "R" Us and Sears, both recently filing for bankruptcy protection. Tariffs on imported goods have also threatened the supply chain.

"Thanks to a healthy economy and strong consumer confidence, we believe that this holiday season will continue to reflect the growth we've seen over the past year," Shay explained. "While there is concern about the impacts of an escalating trade war, we are optimistic that the pace of economic activity will continue to increase through the end of the year."

Extra day for shopping
While customers can conceivably start their Christmas shopping at any time, it's the day after Thanksgiving - Black Friday - through Dec. 24 that retailers and factories circle on their calendars, needing to bring their "A" games to achieve operational excellence. They'll have an additional day to deliver on their retail procurement promises, as the fourth Thursday in November this year is Nov. 22. Although it may only be 24 hours earlier than 2017, an extra day can make all the difference in the world in terms of earnings.

Big box and small business owners have a lot to live up to, however, as holiday sales have risen annually for 10 straight years, from $501.5 billion in 2008 to nearly $688 billion in 2017, according to the NRF's analysis.

NRF Chief Economist Jack Kleinhenz said he is optimistic the streak will reach 11 years, given the economy's growth and consumer confidence levels at almost 20-year highs.

"With this year's forecast, we continue to see strong momentum from consumers as they do the heavy lifting in supporting our economy," Kleinhenz stated. "The combination of increased job creation, improved wages, tamed inflation and an increase in net worth all provide the capacity and the confidence to spend."

How to keep supply chain on track
These encouraging predictions are largely for naught, however, when the distribution and production supply chains are out of sorts.

A simple way to avoid worst-case scenarios derives from connecting with multiple carriers, advised Dan Clark, president of transportation management system solutions firm Kuebix. Speaking to Material Handling & Logistics, Clark noted given the thousands of carriers out there, it only makes sense from a cost management perspective to price and compare rates. Online tools help to make this possible. In addition to what carriers charge, distribution teams should also be mindful of when goods will be delivered.

Additionally, Clark recommended utilizing internal integration systems, such as enterprise resource planning software, with transportation management platforms. This makes the procurement process more seamless by eliminating steps that used to be par for the course but are no longer, such as paperwork and administrative annoyances.

As for what stores will need to be operating at their level best over the holidays, a case can be made for food and beverage operations as well as electronics retailers, at least if history is any guide. Indeed, holiday sales reached $128 billion and 122 billion, respectively, in 2017, the NRF reported.
Procurement News