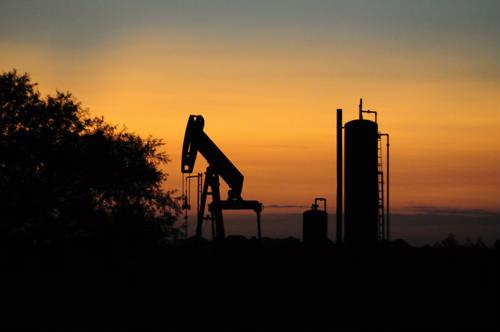 September can be a worrisome month for professionals in the oil industry. Typically the most active stretch for hurricane activity, natural forces' effects on sourcing can come into play when the combination of damaging winds and drenching rains cause production issues at refineries.

But instead of Mother Nature logging a record month for hurricane development, the industry set a new record for oil production - fueling the properties, vehicles and machinery that Americans use every day at home, on the road and on the job.

Indeed, on average, refineries produced approximately 11 million barrels of crude oil per day in September, according to newly released estimates from the American Petroleum Institute. A daily increase of 2.2 million barrels year over year, crude oil inventories also rose from the previous month.
Dean Foreman, API chief economist, indicated that production totals were so good, refineries were able to deliver on the various supply chain demands that come from foreign countries.

"The United States has continued to lead the world in oil production growth this year," said Foreman. "And that growth is helping to meet growing energy needs at home and abroad, despite production losses by some [Organization of the Petroleum Exporting Countries] nations. As a result, consumers have continued to enjoy affordable fuel prices that also are a key advantage for the U.S. economy."

U.S new leader in crude oil production
At one time, the United States was a net consumer of oil - meaning it utilized more crude oil than it produced. But that's no longer the case. According to preliminary figures from the Department of Energy, the U.S. is the world's largest developer of crude oil, topping both Russia and Saudi Arabia for the first time since 1973, CNN reported. In fact, over the previous 10 years, domestic oil output has more than doubled.

Bob McNally, president of Rapidan Energy Group, told the cable news outlet that refineries are operating at peak capacity, which is excellent news for the production supply chain in particular and the energy industry in general.

"It's an historic milestone and a reminder: Never bet against the US oil industry," McNally explained.


Demand dwindled slightly from August
The summer months tend to be pressure packed for refineries, given that it's a busy period for traveling activity among vacationing Americans. But motorists eased off their gas pedals in September compared to August, with petroleum demand slowing to approximately 20.1 million barrels per day, down from 20.8 million the previous month, based on the API's calculations. In response, refinery throughput also eased, causing oil prices to edge higher. For example, West Texas Intermediate oil - otherwise known as Texas light sweet - averaged around $70.23 per barrel over the 30-day period. That's up $2.17 from August. International Brent crude oil, meanwhile, jumped to a per barrel per day average of $78.89, a $6.36 increase over the same period
.
Experts attribute the notable contrast in prices to geopolitical and economic uncertainties in the Middle East particularly in Iran.

Oil prices are in a near constant state of flux due to supply chain dynamics and strategic sourcing. On Oct. 23, for example, light sweet crude for December delivery fell to $66.43 a barrel, The Wall Street Journal reported. Down 4.2 percent from the previous day, the dip represented the largest one-day loss since July. On the month, crude oil prices are down 13 percent from its high point in October, due primarily to questions about the degree to which demand will curve in 2019 should economic output weaken as is expected.

What isn't expected to diminish is U.S. oil production. To the contrary, the EIA fully anticipates the U.S. to remain at the top of the crude oil development class through 2019, well ahead of Russia and Saudi Arabia, according to CNN.
Procurement News