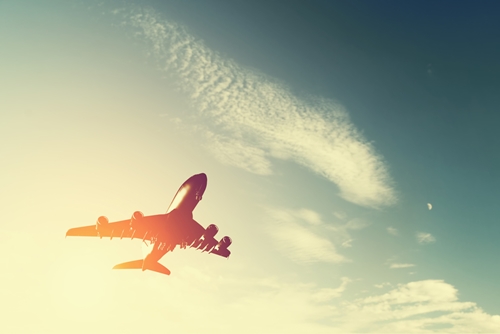 When picking supply chain partners to move large quantities of goods, it's worth thinking about air freight transport. In an industry dominated by seaborne shipping, companies interested in upgrading their supply chain speed and efficiency for the on-demand digital age can consider working with shippers that move goods via air. This market's viability is heavily affected by financial factors that have been in flux of late.


"The e-commerce industry has put a premium on speed."
State of the market
Supply Chain Dive recently noted that even though cargo sent via the air takes up approximately 10 percent of the global freight market, it's role is on the rise. The e-commerce industry has put a premium on speed, and especially when it comes to getting finished goods from warehouses to consumers, air transport may represent the fastest cargo option.
As with so many supply chain decisions, overall cost is often at the root of shippers' decisions to go with air or sea transport. According to Supply Chain Dive, ocean cargo shipping is still more affordable than the air alternative in most cases. The news provider noted that IATA's complete 2016 numbers on the amount of goods delivered and the associated costs of air transport shows that more cargo moved by plane in the most recent figures, but that airlines made less money.
Carriers are grappling with their paradoxical revenue problems, and responding to the change by focusing on the industries they serve most effectively: Microelectronics, pharmaceuticals, and devices for the medical industry make up these bread-and-butter offerings, and shippers and airlines will work together to move these items in the near future.
Supply Chain Dive specified that when they consolidate their air routes, work more closely with forwarding companies and upgrade their technology, airlines better position themselves to make money when the amount of air freight goes up. One variable that will help airlines operate affordably is fuel pricing: Supply Chain Dive noted that fuel has fallen as a total percentage of air costs, taking up a mere 19 percent of spending.

Anticipating peak season
Of course, due to air transport's role in the supply chain being focused on consumer goods and e-commerce, the end-of-year holiday season is set to be a big moment for the sector. The Load Star reported that Lufthansa has announced a rate hike for freight carrying of 5 percent or higher, due to start in October. The move anticipates Black Friday and Cyber Monday, and was reportedly brought about by increased demand for capacity by shippers.
An unnamed industry insider told the news site that a public announcement may not be the best way for an air carrier to hike its rates. This individual noted that one-on-one negotiations between shippers and airlines are usually the more effective method of getting a better return for each shipment made. A rate increase announcement can be - and often is - followed by a reversal.
The role air transport plays in the supply chain will likely remain fluid for years to come. It's clear that the on-demand nature of e-commerce has changed the speed at which people want and expect goods. Whether this demand is enough to convince more shippers and their partners to move from sea to sky remains to be seen.
Procurement News