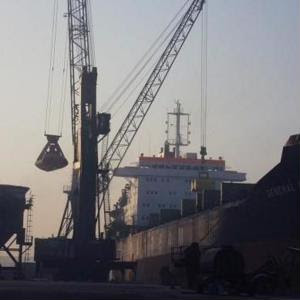 Though West Africa is a region ostracized for its tumultuous political climate, its leaders recently assembled in order to solidify its position as a part of the world's global sourcing strategy. As the economic climate improves, the Economic Community of West African States opened discussions with foreign organizations interested in investing in the Republic of Cote d'lvoire, Ghana and others.

According to Port News, Terminal Operations Conference Worldwide, an organizer of events focusing on maritime trade and distribution, scheduled a two-day event to take place in Tenerife, Spain, on Dec. 11 of this year. The article noted that the assembly is set to focus on the budding West African region, which is quickly integrating itself into the European procurement process. On average, the area has produced 3 million to 4 million 20-foot equivalent units of materials per year.

Event director Paul Holloway claimed that the discussions will analyze West Africa's maritime trade network, what's to be expected of the logistical infrastructures of shippers and carriers, the service capabilities and security. He cited recent changes in port authority, private indulgence and the arrival of foreign terminal operating groups as causes for improvement.

"The Canary Islands have served for centuries as a strategic Atlantic bridge between Africa, Europe and the Americas, making Tenerife a great location to meet, network and debate the future for West Africa," said Holloway, as quoted by the news source.

Countries such as Ghana and Cote d'lvoire currently possess free trade agreements with the EU, but nations such as Nigeria resisted lifting tariff barriers over fears this could cripple developing industries incapable of coping with European imports. Officials also expressed a dire need to improve the procurement management strategies of large businesses within the area as well as a desire to control the pricing of exports.

Currently, Ghana and Cote d'Ivoire are in interim bilateral deals set to expire quite soon. The nations are two of the world's greatest cocoa exporters, meaning that a discontinuation of their agreements could divert European companies away from placing strategic sourcing processes in the region.