Home Unlabelled Difficult year ahead for US farmers

Difficult year ahead for US farmers 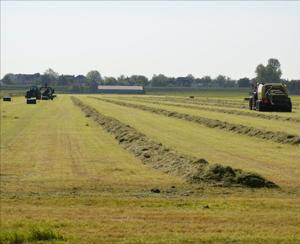 One could argue that farmers are more closely associated with gambling than agriculture. As sowing season is just around the corner, there's no guarantee that the weather will permit an abundance of crops or that the demand for produce will result in high profits. For this reason, growers and cattle drivers throughout the United States use detailed spend management plan in order to save money on fertilizer, equipment and other necessities.

Navigating through a fluctuating environment

An agricultural credit survey conducted by the Federal Reserve Bank of St. Louis concluded that farm income increased in the 2013 fourth quarter, but predictions for midwestern and midsouthern U.S. growers for 2014 didn't appear favorable. Out of 49 banks, 63 percent predicted that falling commodity prices would threaten the regional industry.

As part of the spend analysis, two questions were posed to respondents. The first asked whether or not farmland values would be affected by a cutback in the federally regulated level of ethanol and soy diesel. About 25 percent of bankers claimed that the reduction would lower property value. The second query asked those surveyed what the greatest risks the regional farm industry would encounter in 2014, and garnered the following responses:

As many of the latter materials are produced all over the U.S. or even overseas, farmers may be forced to reevaluate the procurement process. In addition, the fact that the value of their finished products may be decrease as the season progresses is a concern for those eager to make a profit within six months or less.

Dean Lemke, owner of an 800-acre corn and soybean farm in Dows, Iowa, told The New York Times that providing his crops with enough water has always been a concern on his mind. Currently, the farmer uses a small ditch to funnel the necessity into his field. However, he may have to consider a strategic sourcing method.

Due to mandates cited in the Clean Water Act, the report stated that many U.S. growers may have to obtain permits for particular procurement methods. The Environmental Protection Agency oversees certain bodies of water as defined by the measure, which could infringe on Lemke's ability to obtain the necessary commodity.

For small farmers such as Lemke and large industrial-scale operations in the Midwest, developing an accurate spend management plan could dictate whether or not these workers turn a profit at the end of the season.