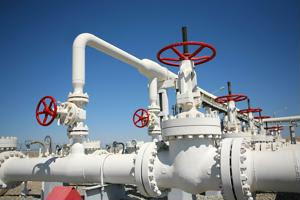 The North American energy market is undergoing significant changes. Grid landscapes that were once completely centralized by oil- or coal-fueled power plants have integrated distributed energy resources. Utilities and other industry participants have reevaluated their strategic sourcing, looking for ways in which they can prosper in a shifting market.

According to Business News Network, Whitecap Resources stated on March 17 that the corporation plans on buying western Canadian oil and gas properties from Imperial Oil for $855 million, pushing the energy industry's monetary tally for merger and acquisition behavior to $7 billion in the first quarter of 2014. This figure amounts to almost 10 times the total for the first three months of 2013.

North America sustained a particularly cold winter, creating transportation bottlenecking during the procurement process at a time when there was a sharp rise in demand for heat resources. The problem was largely mitigated by increased rail utilization in an attempt to deliver materials to the market. In the first quarter of 2013, depressed gas markets and broad discounts on Alberta oil also put pressure on the industry.

The news source noted that many organizations have frequently engaged in equity financing. Small energy producer Whitecap recently issued $500 million in subscription receipts to fund its procurement. Banking professionals stated that the organization amassed $1 billion worth of orders within two hours of the transaction's announcement.

Mergers and acquisitions a part of the game

Logistics experts such as Jason Busch, a contributor to Spend Matters, believe that acquiring and integrating with companies should be regular considerations for businesses looking to improve their distribution processes. He claimed that using spend analysis tools to consider the effects of changing specifications and procedures can affect the overall pricing of a procurement deal.

An interesting point that Busch acknowledged was the significance of risk management strategies. Though often overlooked during a merger, the perception of commodity pricing, transportation logistics, multi-tier distribution practices and other seemingly menial factors could be dramatically changed. The hidden expenses embedded within a unification deal may be revealed to executives looking to reduce the cost of supply management.

It's also imperative that both companies operate under complete transparency during the procurement process. Although assiduous scrutiny of all monetary actions and general business practices go hand-in-hand in the mergers and acquisitions arena, how each organization perceives the playing field must be completely understood.