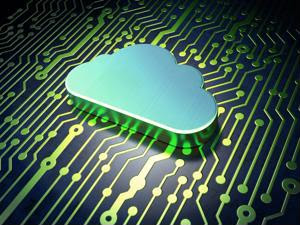 Process automation isn't selectively appropriate for large corporations. According to CompTIA, a non-profit association in the IT industry, small and mid-sized businesses are now adopting the solution as a means of improving expense reporting, invoicing and employment reviews - among other related areas. The organization surveyed 100 employees from small firms, of which three-quarters acknowledged a significant or mild increase in their use of business process automation (BPA) software.

The report claimed that the widespread availability of cloud computing has contributed to the rising usage of business operation technologies. In turn, related applications such as data analytics tools have made purchasing management tools and other similar programs much cheaper to implement. CompTIA asked respondents to identify which areas they desire to see workflow improvement:

"There are many facets of internal operations that can be improved with BPA," said Seth Robinson, CompTIA's director of technology analysis.

Getting the cloud more involved

Procurement software and other related tools could be best utilized if operating through a cloud environment. As the platform allows more flexible communications between company branches, departments and employees, viewing cost estimates and product liquidation reports would be much easier.

Gabby Nizri, a contributor to Datacenter Knowledge, stated that integrating BPA with a pre-existing on-premise system would create more work for employees and may not allow businesses to accomplish the goals they've laid out for themselves. In contrast, Nizri stated that selecting the appropriate solution and incorporating it into a cloud platform is the easier process.

The article also acknowledged the importance of considering the security capabilities associated with a cloud-based integration. Nizri stated that if the BPA coincides well with an existing cloud deployment, data protection is less of an issue - it's all about finding the right fit and implementing data encryption tools.