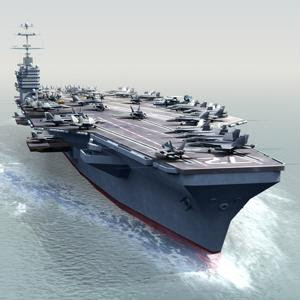 As the North American economy continues to grow stronger, the United States and Canada are reevaluating their procurement management strategies in order to bolster domestic economic activity. While some federal authorities have been approached by private associations, other agencies have taken proactive measures to promote prosperity.

Canadian Manufacturing reported that industry and trade organization Canadian Manufacturers and Exporters (CME) is trying to persuade the nation's federal government to make key procurement decisions that would bring an estimated $53 billion in infrastructure investments to Canada over the next 10 years. The association hopes that the move will level the playing field for Canadian manufactures competing in a global economy.

The outreach effort was encouraged by the U.S.' Buy American Policy, which locks Canadian manufactured goods out of the country's domestic procurement markets. In addition, Myers noted that Canada's Transport and Infrastructure subsidiaries are excluded from the nation's current trade agreements, such as NAFTA .

South of the border in the U.S., the fiscal budget recently outlined investments in the current Air Force fleet. The Air Force Times detailed the contents of a spend analysis submitted by President Obama, which consists of a $1.2 billion increase for new aircraft purchases and an additional $18.5 billion for Air Force procurement, such as missiles and ammunition.

One of the biggest proposal involves the addition of seven KC-46A "Pegasus" tankers, a $1.58 billion investment. The F-35A Joint Strike Fighter may witness a production of 29 units, which would accompany the 19 machines the country spent manufacturing last year.

"The increase in procurement funds comes from proposed cutbacks in other parts of the Air Force's fleet, including cutting all A-10s and U-2s," the report stated.

The reason why the new aircraft are being phased into the fleet is because the A-10 models do not possess the required survivability to remain feasible in a combative environment. In addition, the request recommended replacing two out-of-date systems: the E-8C Joint Surveillance Target Attack Radar System and the T-38C Talon trainer.

The move toward a more advanced arsenal signals a new wave of material requirements for the U.S. manufacturing industry. If investment in these technologies passes, it may initiate a series of extensive changes to the country's military infrastructure.