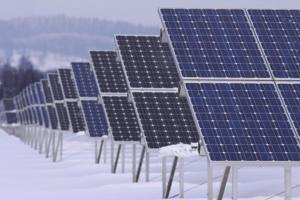 Utilizing a cost-efficient procurement process that takes sustainability into consideration is viewed as a positive public relations strategy. However, many utilities throughout the United States remain concerned about how to conduct such an operation through implementing renewable energy into their grid infrastructures. Although gaining popular opinion is favorable, chartering the feasibility of variable resources remains a challenge.

How much value can be gained?

This is a question consumers throughout the U.S. tend to resent when asked by a Fortune 500 company, yet they frequently make the same inquiry in their everyday lives. In order for products to be affordable for the mass population to purchase, corporations favor cheaper options that will yield the same results as more expensive solutions. According to The Motley Fool, it all depends on how enterprises choose to invest based off the conclusions detailed in their spend analysis.

To the chagrin of many coal producers, the costs associated with manufacturing photovoltaic panels have decreased over the years, while the quality of the materials has improved. The article noted that the offshore fabrication of these products has caused some U.S. utilities to consider foreign investment as a viable strategic sourcing option. Shipments of solar panels from China are a common occurrence on the West Coast.

Getting down to the exact expenses

Although the general impression of the market is that the expense of installing distributed energy resources has decreased, smaller power companies and other players in the grid infrastructure industry still require careful analysis of potential expenditures. Moyers and Company reported that the Minnesota Public Utilities Commission recently voted to develop a spend management plan for determining the value of solar power generated by consumers. According to the article, the state is the first in the U.S. to implement such a practice.

Wear-and-tear expenses, estimated energy output specific to particular regions and the cost of installation are all taken into consideration. Aside from economic scrutiny, the method also examines the impact widespread implementation of solar energy will have on the environment. The source noted that the practice is inspired by the U.S. Department of Commerce's social cost of carbon figure.

"The U.S. government's mid-range estimate for the cost of carbon in 2015 recently increased to $37 per ton of carbon dioxide," the article reported.

The data collected by smart grid tools such as intelligent electronic devices was used to assemble a concise, algorithmic cost analysis to be consulted by utilities and homeowners looking to install PV panels.